CHARLOTTE, N.C. -- LaMelo Ball is thrilled to have a chance to play for the Charlotte Hornets. But the 6-foot-7 point guard is more excited to play for one of the greatest basketball players of all time in Michael Jordan.

The Hornets selected Ball with the No. 3 pick in the NBA draft, giving Jordan's team a player with immediate notoriety and a rookie who can help put fans in the seats once the coronavirus subsides. Ball has amassed more than 5.6 million followers on Instagram - which is 600,000 more than last year's No. 1 draft pick Zion Williamson.

"He's a very young talented player who plays the kind of pace that we like to play," Hornets general manager Mitch Kupchak said. "He has a flare to his game that maybe has some entertainment to it, maybe more so than some other players. (But) that's not why we drafted him. We drafted him because of his size and length and the way he can handle the ball and the way he pushes the ball."

It's unclear what the addition of Ball means for Charlotte's starting backcourt of Devonte Graham and Terry Rozier, the team's two leading scorers last season. Graham averaged 18.2 points per game in his second season, while Rozier averaged 18 points per game after coming over from the Celtics.

Kupchak said he's not concerned about that, adding that he could foresee Ball playing some point forward alongside four other players who are 6-7 or shorter.

Ball said he's all for that.

Ball is most comfortable with the ball in his hands and brings exceptional ball-handling and court vision to the NBA after averaging seven assists per game last season for Australia's Illawarra Hawks of the National Basketball League.

He's considered a fearless shooter and has shown the ability to get shots off quickly because of his shiftiness. He finished 17th in the NBL last season in scoring, averaging 17 points per game although he only played in 12 games. 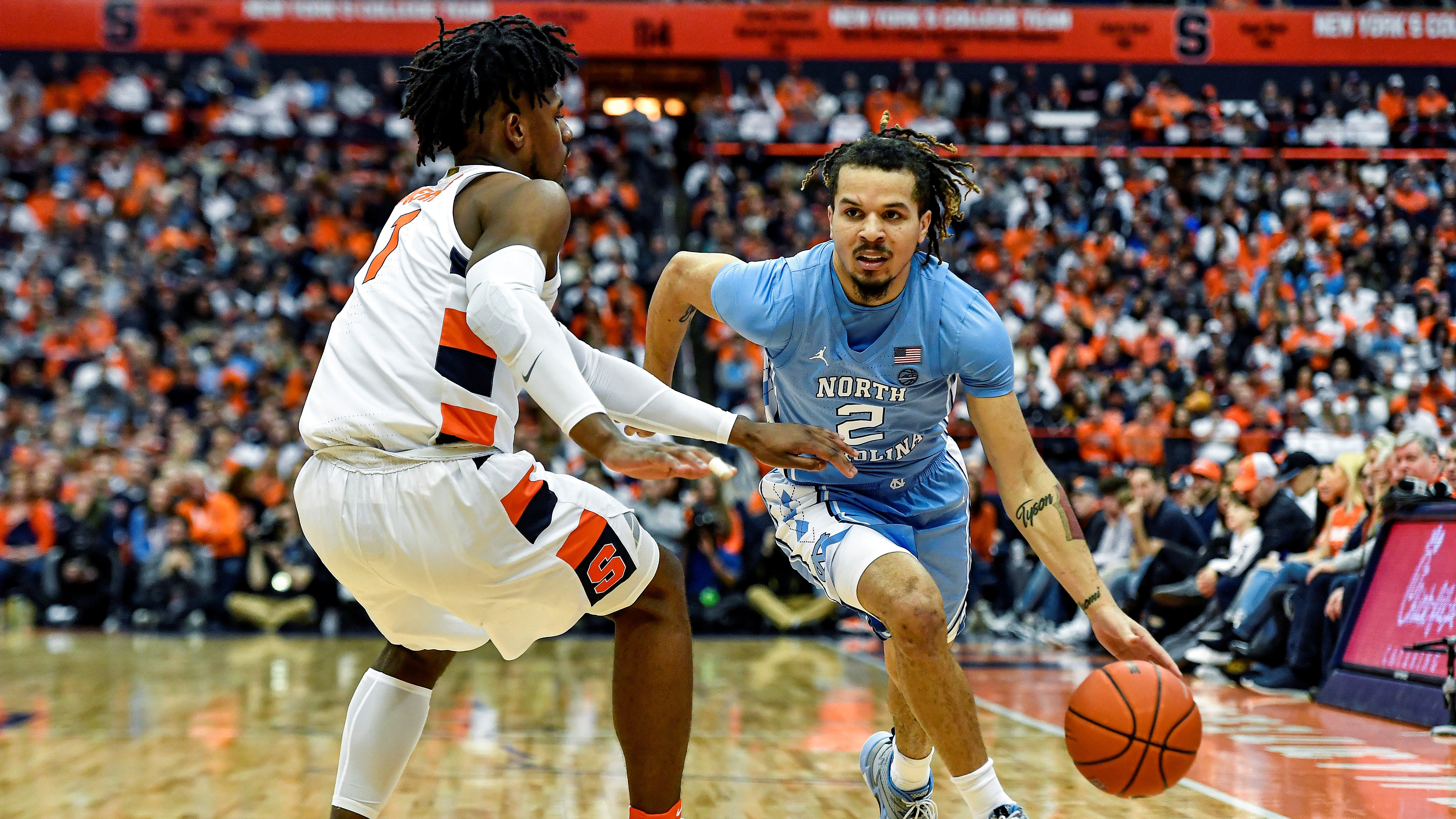 Cole Anthony spent his lone year in college battling injuries and still put up big numbers. The Orlando Magic can't wait to see what he's capable of when fully healthy.

Surrounded by family, an emotional Anthony said after his NBA dream came true that 2020 had been a hard year, saying he had "struggled a lot."

The Magic took the former North Carolina guard - and son of longtime NBA guard Greg Anthony - with the No. 15 pick in Wednesday's NBA draft. The 6-foot-3 Anthony led the Tar Heels in scoring at 18.5 points per game last season, his lone season at the college level.

"I'm healthy now and I just can't wait to get out there and play. ... This is the best moment of my life right here," a teary Anthony said on the ESPN telecast of the draft. "Nothing compares to this moment right here. Maybe birth."

Orlando went 33-40 last season, getting to the playoffs for a second consecutive year and falling in the first round to Milwaukee. Markelle Fultz, a former No. 1 overall pick, emerged as the team's starting point guard and averaged 12.1 points along with a team-best 5.1 assists, but the Magic clearly need some additional offensive punch after finishing last season 24th leaguewide in points per game.

Anthony could help: He had 20 or more points in each of his first three college games, including what became a season-best 34 in his debut against Notre Dame.

Duke's Vernon Carey Jr. and Tre Jones are among the other ACC players who hope to hear their names called during the draft. 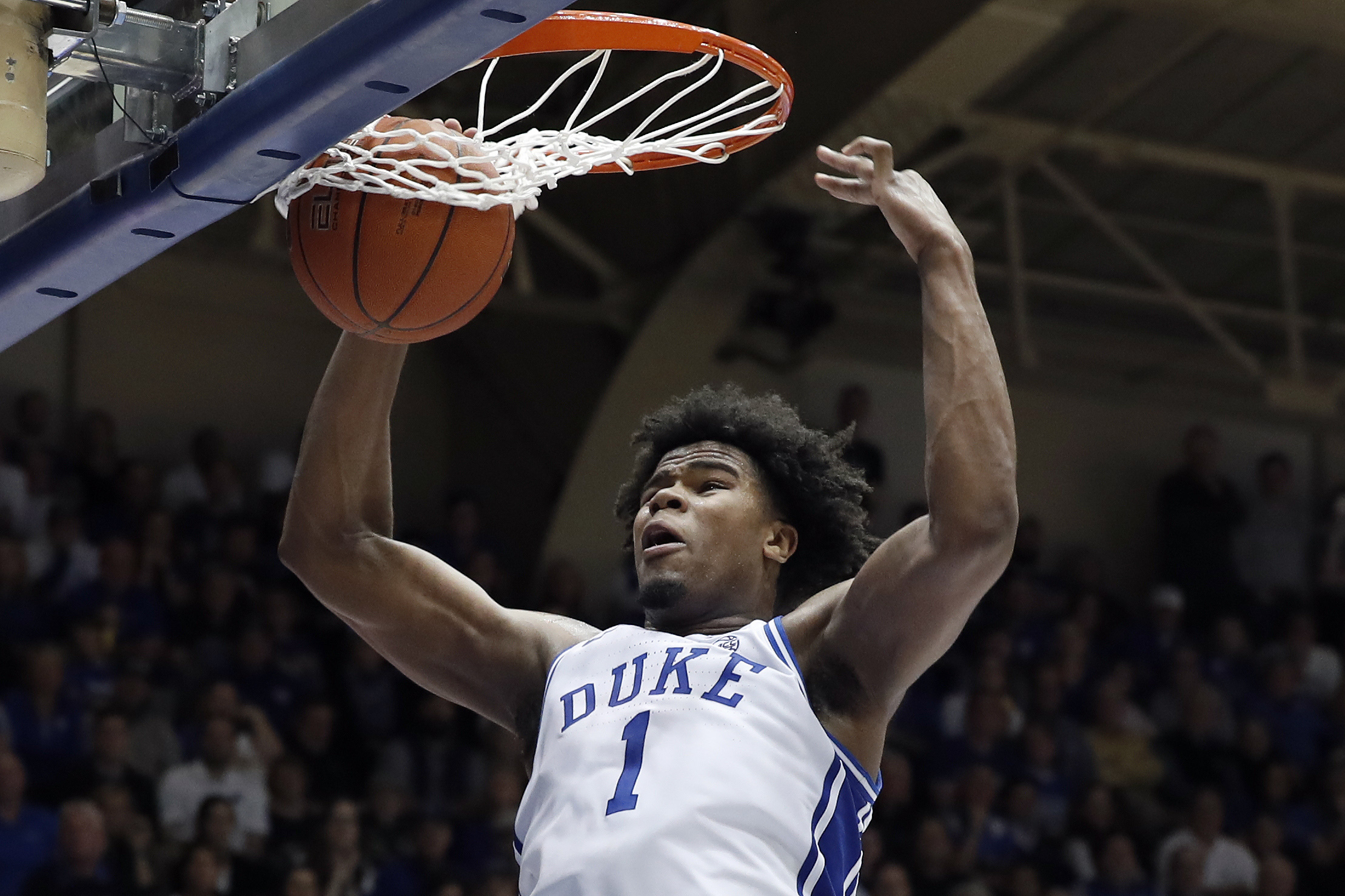 Ball first earned national attention during his freshman year at Chino Hills High School in California where he won a state title playing alongside his older brothers LiAngelo and Lonzo, who now plays for New Orleans Pelicans. That helped him amass more than 5.6 million Instagram followers - which is 600,000 more than last year's No. 1 draft pick, Duke's Zion Williamson.

Ball left to play professionally overseas after his junior season of high school, first playing in the Lithuanian league and later for the Hawks.

Lonzo and LaMelo are the first brothers to be selected in the top five.

"I feel like I was born to do this," Ball said.

The Hornets have not won a playoff series since the 2001-02 season, but are hoping Ball can help change that.

Ball's father, LaVar, briefly played for the NFL's Carolina Panthers. LaVar Ball once challenged Jordan to a 1-on-1 game.