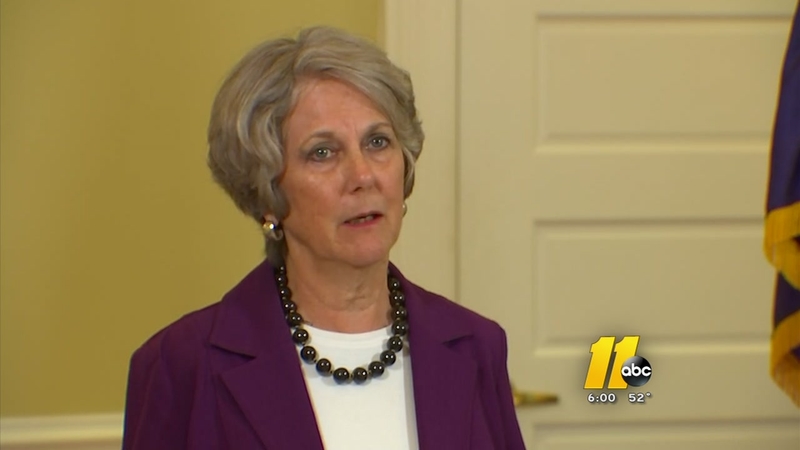 "I never intended to run for a second term," she told the I-Team from her home in Ashville. "I came in at a time when what we needed to do was stabilize the party and bring people back to the fold because we all needed to be working together. We needed to pay some debts, we needed to raise some money, and we needed to fix some things at Goodwin House. So mine was a transition term. I think it's time for a younger -- for new blood to take over."

When she took the helm from outgoing state chair Randy Voller two years ago, the Party had little money coming in, debts piling up, and feuding members both in its headquarters on Hillsborough Street in Raleigh (the Goodwin House) and among its executive committee. Today, that's turned around, and to many observers, Keever deserves a good bit of the credit.

"She was a good Party Chair because the Democrats in 2014 were in complete disarray," said Meredith College Political Science Professor David McLennan. "She stabilized the Democratic Party. She brought in some money, put some people in place that weren't fighting each other. But the Democrats are still not in great shape as we've seen in the last election results."

While Democrats did elect Attorney General Roy Cooper to the Governor's mansion under Keever's tenure, the party didn't pick up any seats in the state House or Senate, leaving Republicans with supermajorities in both chambers and the ability to override incoming Governor Cooper's vetoes.

Keever attributed that to the political districts drawn by Republicans after the 2010 national census. They were drawn to give Republicans an advantage and the tactic worked. In the last elections, about a third of the races went unchallenged by any Democrat.

"It's very hard to convince somebody to run in a seat that is so heavily gerrymandered that a Democrat doesn't have any chance to run," she said.

"The timing was so critical. They came into power just as redistricting was mandated to happen," he said. "As Democrats look forward to 2020-2022 period, if they don't get back into power in that particular time period, they won't be drawing maps. It's a whole decade worth of power shift as a result of the census and as a result of redrawing the maps."

"Some of the personalities that we saw leaving the Democratic wave of the mid- to late 20th Century, like Jim Hunt and Terry Sanford and these sort of superstars of Democratic politics, they all retired and passed on and there's not another wave of personalities that can work within the business communities as well as the progressive structure of North Carolina that we had 20 or 30 years ago," McLennan said. "All the big names were Democrats, now the Republicans have a deeper bench than the Democrats do. That's a challenge."

The upshot, according to Keever, is the fact that federal courts have required the legislature to redraw dozens of districts and hold another election in 2017, instead of 2018. Democrats see that as their shot at stripping Republicans of their super-advantage.

"I think we have an opportunity in 2017 to elect more legislators so we can get rid of this supermajority they have," Keever said.

Keever went on to say the party made significant structural changes during her tenure, helping fledgling candidates get campaigns off the ground by strengthening the state Democratic Party's role during the leadup to election day.

"One of the best things I think we did was enable the party to be the coordinating campaign, all of those people could run together and run through the party," she said.

Now, she says, the party needs to focus on recruiting.

One place in her own party Keever said she'd like to see a change is the State Executive Committee (SEC). The body is responsible for shaping the party's future, deciding its rules, and electing its leaders. There are 640 of them. It's larger than any state we know of, she noted.

"I think personally that's something we really need to change in our state. We need to make it more flexible, stronger," she said.

So what does the Democratic Party in North Carolina need most?