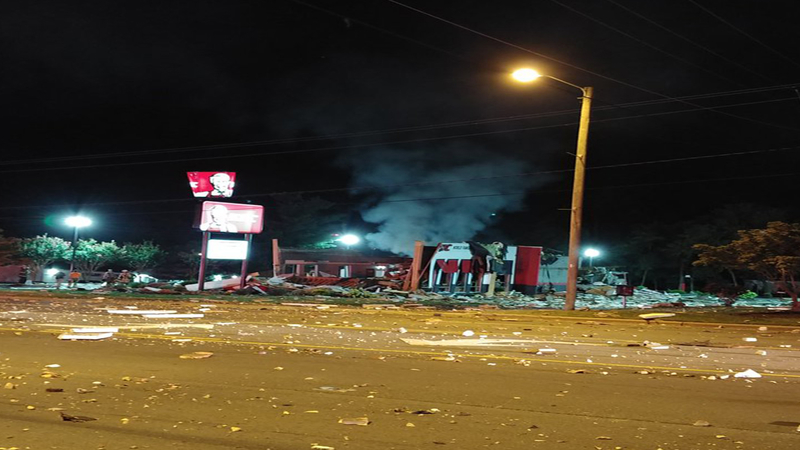 The incident happened just after midnight at the restaurant on Van Buren Road, near NC 14, in Eden.

An employee told police he was locking up for the night when he smelled gas. He reported the smell to his manager who called the gas provider and tried to turn the gas off.

The employee then went outside to pick up a drink and cigarettes and saw the explosion happen.

KFC explosion woke the town up and shook the house. 🙏🙏🙏 pic.twitter.com/Esdj6bo1se

No one was inside during the blast, and no one was hurt.

Video from an eyewitness shows smoke billowing from the remnants of the building and debris scattered across the road.

"KFC explosion woke the town up shook the house," James Alcorn said in a tweet.

KFC explosion woke the town up shook the house 🙏🙏🙏 pic.twitter.com/EmvWMvgBfC

"I initially thought it was a car wreck and thought, 'OK, it's just a car wreck down the road,'" Andy Hannah, who works at a nearby Papa John's, told WGHP. "Then, I hear a cop coming from this way, heard sirens from down here."