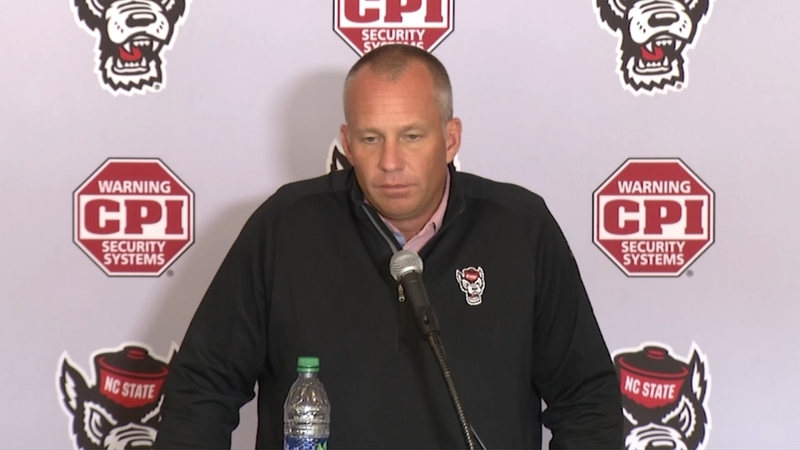 RALEIGH, N.C. (WTVD) -- N.C. State's C.J. Riley had one of the shortest seasons of anyone in college football. The fourth-year junior suffered a torn left ACL while trying to make a tackle on punt coverage late in the first quarter of Saturday's 34-6 win over East Carolina.

"He has been through this before on his other knee. He is very upbeat," head coach Dave Doeren said at his weekly news conference.

I appreciate all the prayers and well wishes. Nothing hurts me more than to know that I can’t be out there with my brothers but I know they are going to hold it down out there. My story is far from over and my comeback is just beginning. I’ll see y’all in 2020. pic.twitter.com/J15bOPTavK

It's the second significant knee injury for Riley, who suffered a right ACL tear in 2016. The loss is a big one for the Wolfpack as they were counting on Riley to be a big part of the passing game. Riley confirmed just a few weeks ago that he remains the fastest player on the roster (4.39 40-yard dash).

Doeren expects all of his remaining receives to "step up."

The Clayton native, who is 6-4 and 212 pounds, had one catch for 12 yards in the opener. Doeren said he believes Carter is ready for a bigger role.

"He has a big body. He's strong," Doeren said. "He has been in that room with those guys and understands by watching last year's crew and now what's expected. He has a really good ability and size."