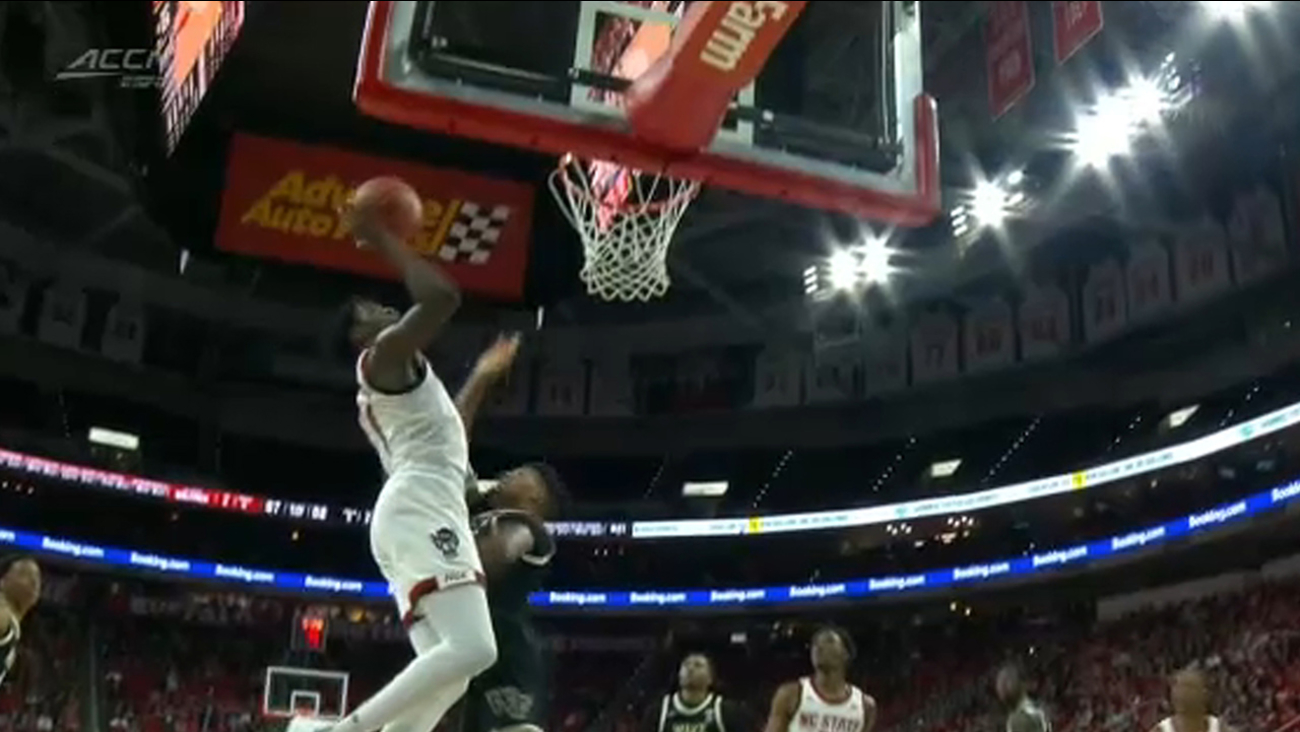 Braxton Beverly scored all 16 of his points for the Wolfpack (19-12, 10-10 Atlantic Coast Conference) as part of a 24-4 run in the first half. He made all six of his field-goal attempts, including four 3-pointers, during the spurt.

On Senior Night, Markell Johnson had 13 points and 10 assists in his final regular-season home game for the Wolfpack.

The Wolfpack shot 62% from the field in the first half en route to a 44-31 lead at halftime.

C.J. Bryce scored 11 points, and Devon Daniels and Danny Dixon had 10 points each for N.C. State.

Danny Dixon with some deserving media attention after a career-high night. @ABC11_WTVD pic.twitter.com/VCbtu2JNR9

Brandon Childress scored 19 points and Olivier Sarr had 14 points to lead Wake Forest (13-17, 6-14), which trailed by at least 10 points throughout the second half.

Jahcobi Neath added 12 points and Chaundee Brown had 10 points for the Demon Deacons.

Wake Forest: The Demon Deacons missed out on a chance to beat Duke, North Carolina and N.C. State in the same season for the first time since 2014. They dropped to 1-9 on the road in conference play, failing to win more than one ACC road game for the ninth season out of the last 10.

N.C. State: The Wolfpack needed this win to keep alive their chances for an NCAA tournament bid. N.C. State missed the tournament last year after finishing 9-9 in league play during the regular season, and the team is on the bubble again after posting another .500 conference record.

Wake Forest: The Demon Deacons will play on Tuesday in the first round of the ACC tournament, where they have lost their opening game in 10 of the last 12 years.