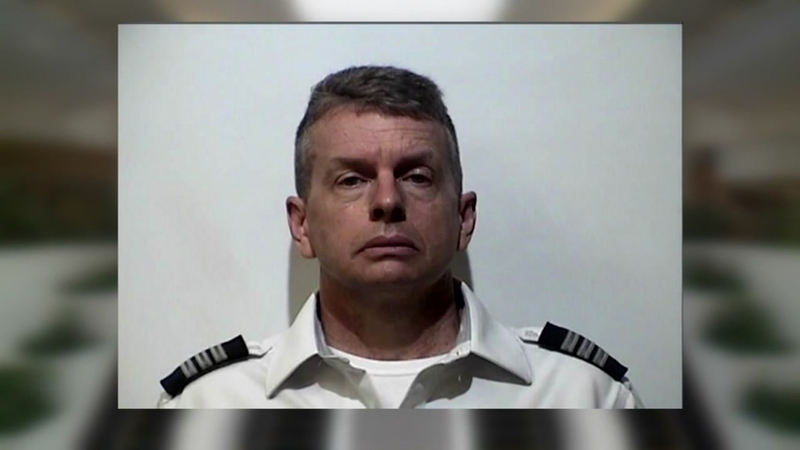 Raleigh pilot charged with killing 3 in Kentucky in 2015

RALEIGH (WTVD) -- A pilot for an American Airlines subsidiary has been arrested in the 2015 shooting deaths of three people in Kentucky.

Martin used to live in Kentucky but jail records show he now resides in Raleigh.

Martin was indicted Friday by a Christian County grand jury in the 2015 deaths of Calvin and Pamela Phillips and Edward Dansereau, all of Pembroke.

ABC11 stopped by Martin's home on Sunday and no one answered.

This is the home of the @AmericanAir pilot from #Raleigh. Christian Martin is accused of a 2015 triple murder in #Kentucky. Neighbors tell me they are stunned and he was a nice guy with a military background that showed in his demeanor. #ABC11 https://t.co/VnJ9axmv5J pic.twitter.com/1I1Up5P3B7

ABC11 asked Harris what was Martin's overall demeanor when interacting with neighbors.

"He had a military background and it showed. He was ram rod straight. He was very to the point. Typical career military guy," he said.

Investigators in Kentucky are accusing Martin of killing Calvin and Pamela Phillips and their neighbor Edward Dansereau in 2015.

Agents arrested Martin on Saturday at Louisville International Airport, a day after a grand jury indicted him for murder.

Prosecutors say around Nov. 18, 2015, Calvin Phillips was found shot to death in his home.

The bodies of Mrs. Phillips and their neighbor Edward Dansereau were found a short distance away in a corn field. Both burned up inside Mrs. Phillips' car.

The families of the victims say they have been haunted by the murders and they are grateful Martin is in custody.

This Mother's Day, the murdered couple's son, Matt Phillips, said his mother radiated with kindness. She taught him how to read and to drive.

"There will be no first dance at my wedding. No further advice on life. No hugs. I'll never be able to look into her joy-filled eyes when I tell her she will be a Grandmother. I'll never hear her voice again say, 'I love you.' I'm devastated."

Martin is a former Army Ranger Major in the military.

He was taken into custody from a plane with passengers on board while wearing his pilot uniform.

Neighbors say a few weeks ago his wife and family had a barbecue at their home.

In addition to three murder charges, Martin is charged with burglary, arson and tampering with evidence.