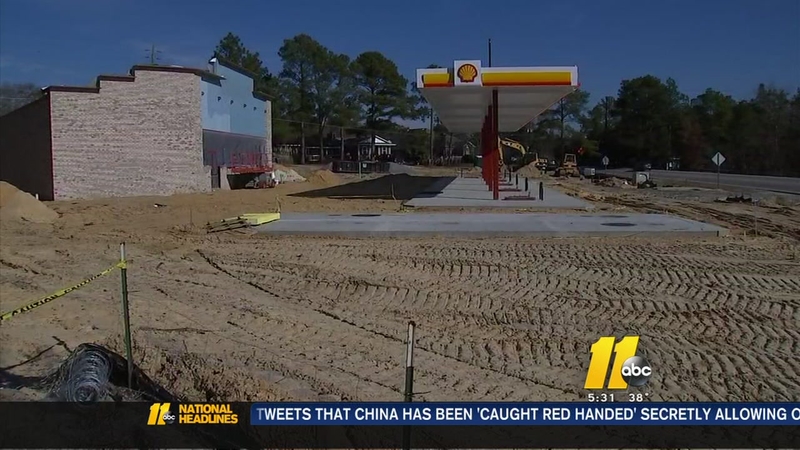 HOPE MILLS, NC (WTVD) -- Some homeowners want the builders of a new gas station in Hope Mills to "pump the brakes."

A Shell station is going up on Rockfish Road and is literally a stone's throw away from at least two homeowners' front doors.

"I know it was happening once they put the big sign up," said Wendy Britt.

But by then, it was too late. Weeks later, the Britt family had new and noisy neighbors.

"Pictures have fallen off the walls because of the rumble when they're digging," Britt said.

Contractors are building the Shell station, just feet away from homes.

"It's a major eyesore," Britt said.

An eyesore and for some, a safety concern.

Traffic is known to snarl Rockfish Road near the ball park and elementary school. Once this gas station goes up, residents fear it will only make those traffic woes worse.

"Pretty soon, we will be counting accidents," Britt said.

The Shell station is expected to open next year as a 24-hour shop.

"Now I've got to deal with all the lights, riff-raff, loud music and all these things through the night," Rogers complained.