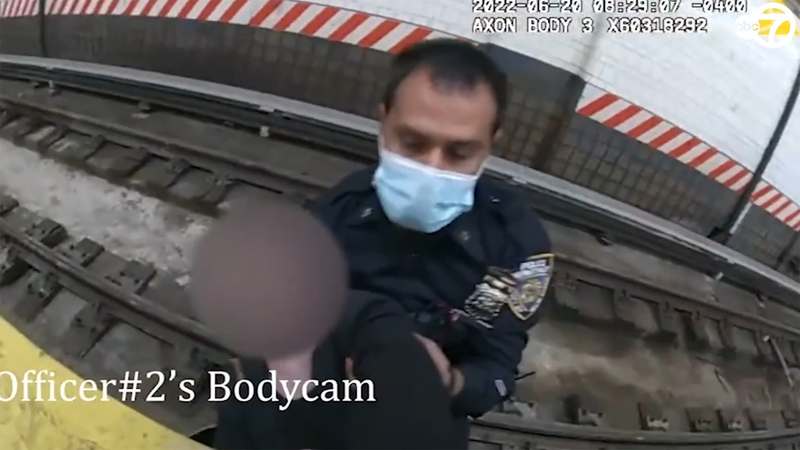 NEW YORK -- Two police officers jumped into action to rescue a woman after she fell onto subway tracks in New York City Monday.

The NYPD said the officers were on their daily transit inspection inside of a Brooklyn station on the R subway line around 8:30 a.m. when they saw the 25-year-old woman plunge off the platform.

The NYPD released a video of the rescue recorded by the officers' body cameras, which shows one officer jumping down onto the tracks and hoisting the woman up to his partner.

She was taken to NYU Langone Hospital where she was treated for a head injury.