AP
By and KTRK 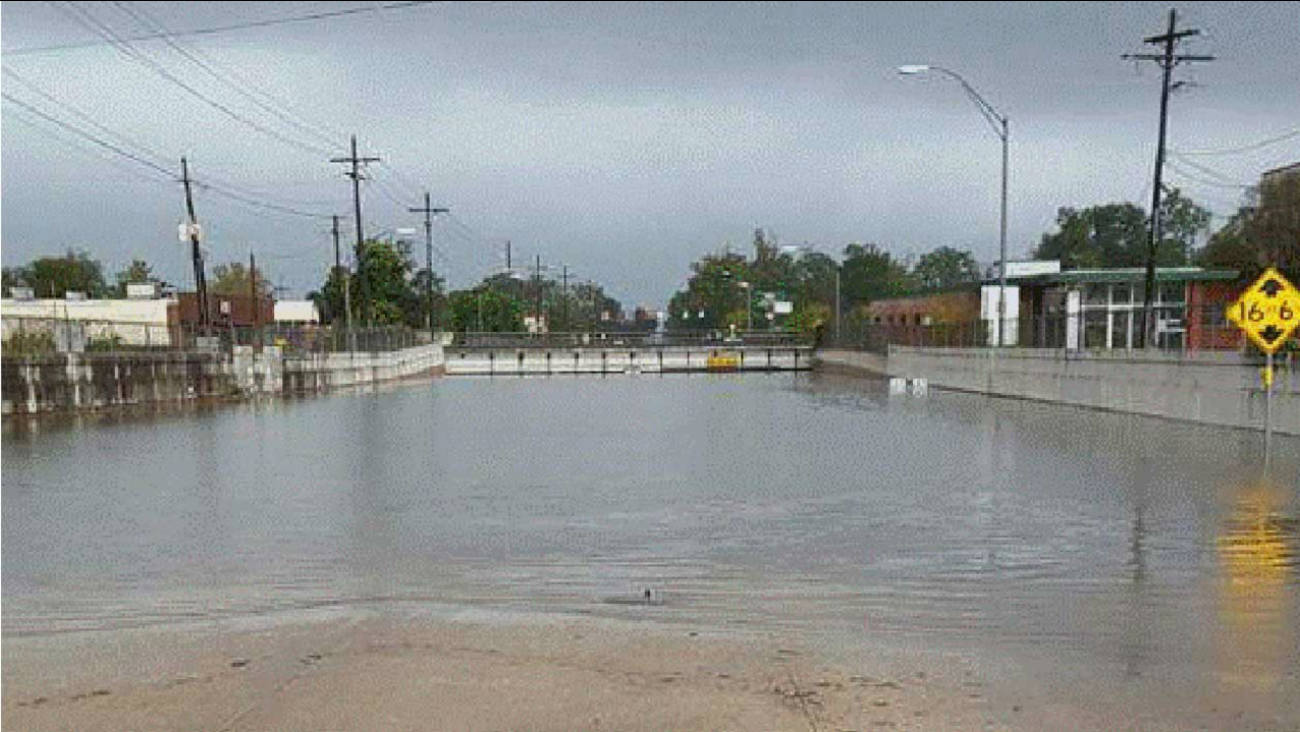 These are viewer photos from Saturday's severe weather around the Houston area. Send your photos to news@abc13.com or post them using #abc13eyewitness (iWitness Reports)

HOUSTON -- Another band of strong storms and heavy rain spawned three tornadoes and dangerous flooding in east Texas on Saturday, with the death toll rising to five after Houston police found two bodies.

It's the second day of turbulent weather in the state, where at least three people died Friday in flood waters in central Texas. Another person is still missing in the Austin area. The storms and suspected tornadoes, which forecasters say were caused by an upper-level disturbance from Mexico, socked an already-sodden swath of Texas that was still drying out from the remnants of Hurricane Patricia.

In the Houston area, up to 8 inches of rain fell since Friday night, though it had mostly stopped by early Saturday afternoon. The water, however, flooded streets and freeway frontage roads and caused bayous to spill over their banks. The Houston Fire Department said it had responded to more than 130 water rescues by midmorning Saturday, and some public light-rail and bus transportation was suspended.

Houston officials also said they had received 44 reports of structural flooding, including homes and businesses, and the city's fire department helped remove residents from flooded homes near a bayou in the northeastern part of the city.

Houston police discovered the two bodies that are believed to be weather-related deaths, one in a flooded ditch and another in a wooded area where there had been high water, according to city spokesman Michael Walter.

As the storms moved east Saturday, National Weather Service meteorologist Patrick Blood said a tornado went through Brazoria County near Alvin about 5 a.m., damaging about 25 mobile homes in the community that's 30 miles south of Houston. County spokeswoman Sharon Trower said two people in a mobile home suffered minor injuries, as well as three others in a house in a community nearby.

Thirty minutes later, a tornado hit the Houston suburb of Friendswood, where about 30 homes had minor damage and the roof of one home was ripped off. Homeowner David McCullough, 70, said he and his wife were out of town when the storm hit and he got the call from a neighbor.

"I feel like it's a blessing that we weren't here," he said as friends and family members helped them try to salvage personal items, pictures and documents from their home of 32 years. "It's just stuff and it can be replaced. Had we been here, it could have been very bad."

Between 10 and 30 homes were damaged by a tornado in a subdivision in eastern Harris County at about 7 a.m. Saturday, Blood said.

Austin, San Antonio and surrounding areas were first hit Friday. Three people died when they were swept away by flood waters; a woman is still missing after waters reached her home in the Austin area.

The third death was confirmed Saturday morning, when officials found the body of a man whose vehicle was swept away Friday southeast of Austin, Travis County Emergency Services spokeswoman Lisa Block. Other passengers in the vehicle were able to escape.

More than 16 inches of rain soaked one neighborhood on Friday and Austin Bergstrom International Airport suspended all flights after a half-foot of water flooded the air traffic control tower; 40 flights were canceled there on Saturday.

Meanwhile, a lazy creek cutting through Texas wine country, a popular getaway spot, swelled into a rushing torrent, sending eight members of a vacationing church group scrambling to a second floor before they were rescued by the National Guard. Similar conditions in May caused devastating flooding on the Blanco River that swept homes from foundations and killed families who were carried downstream. This time, the river swelled to about 26 feet in Wimberley, nearly twice the flood stage.

More than 70 people spent Friday night at shelters because of the flooding in Central Texas. Hundreds of high-water crossings were closed Saturday in Hays County, and some residents in southeast Travis County, near Austin, were asked to move to higher ground because of residual flooding.