'In God We Trust' decals cause controversy in China Grove 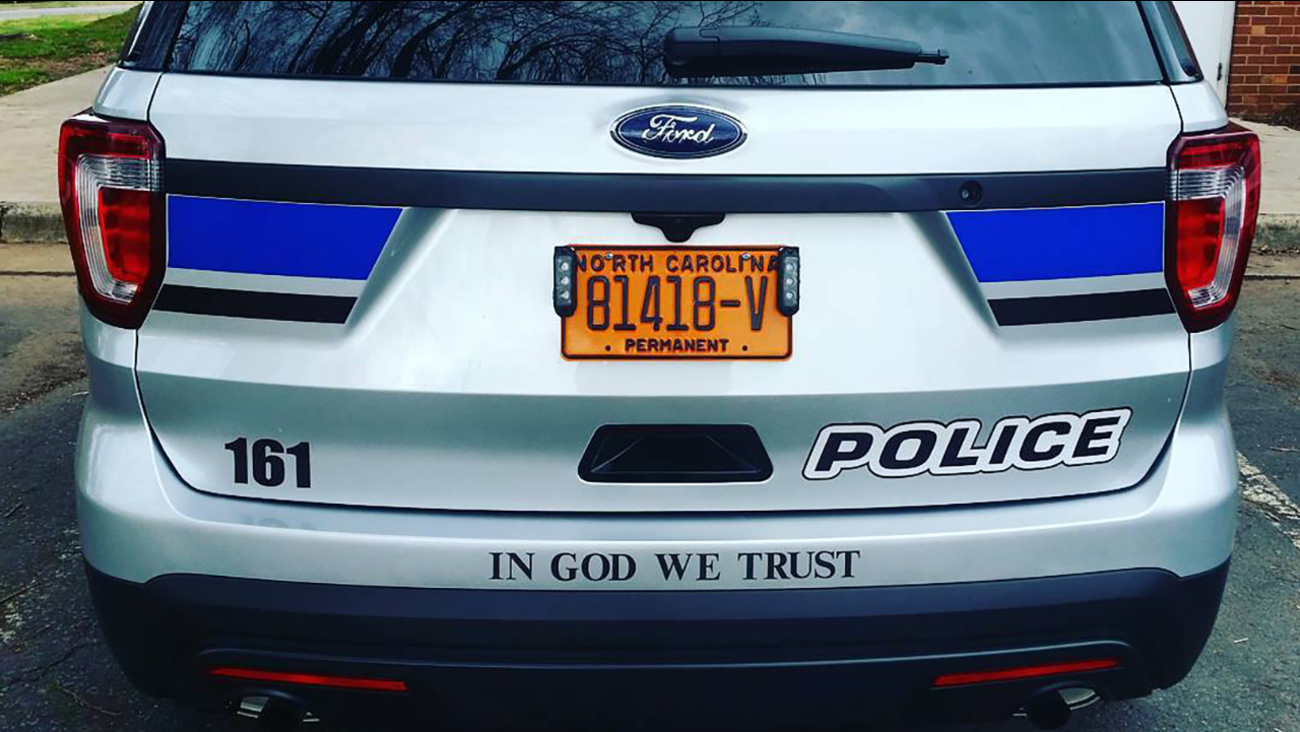 In a post to their Facebook page, the police department revealed new decals that read, "In God We Trust." The post also says the words will be on China Grove fire department vehicles and on the wall at the China Grove town hall.

Many people responded to the post, both positively and negatively. China Grove made another post where they said, "We respect everyone's opinions, even if we may disagree with those opinions."

"If they don't like it they don't have to come to China Grove," Mayor Pro Tem Steve Stroud said in defense of the new decals, WSOC reports.

Stroud said it isn't intended to tell people who to worship and he said people with different views won't be denied equal justice.

He said the police chief asked the city council about getting the decals after their approved the words being placed in council chambers. It's an idea that he said got unanimous support from the council, WSOC reports.