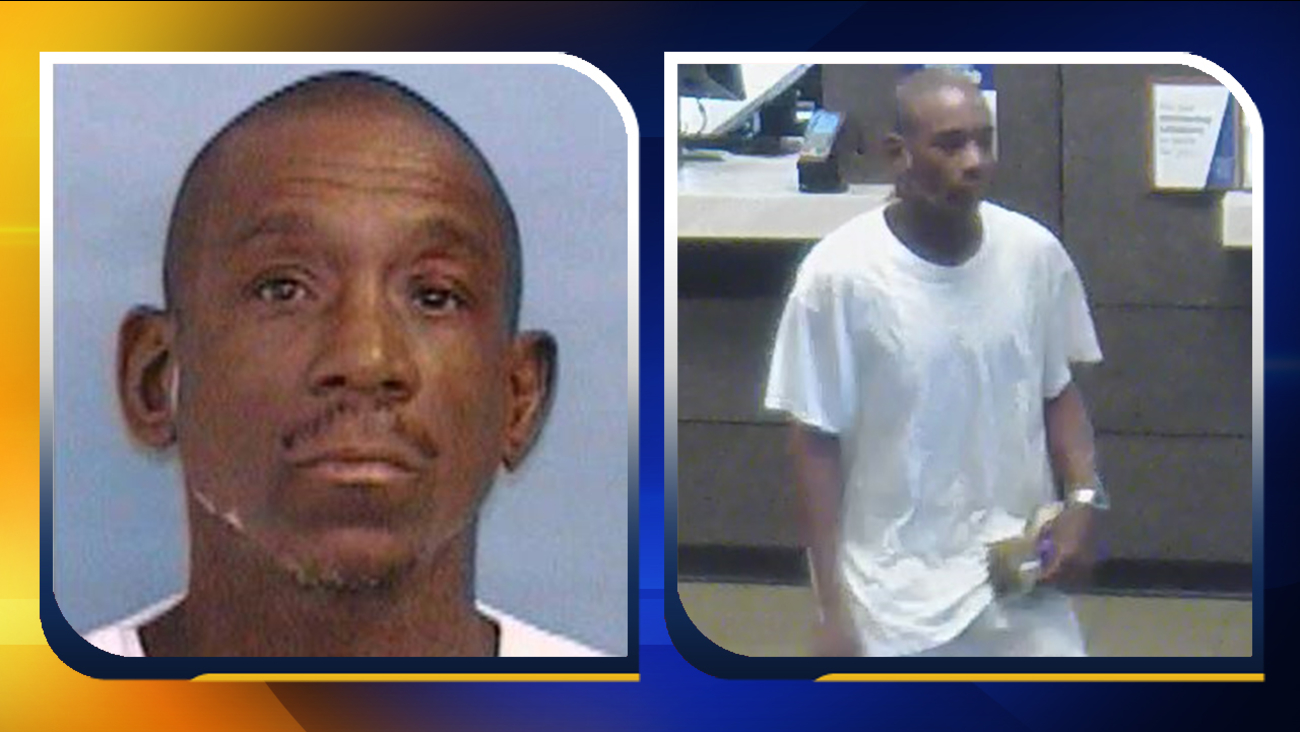 Police identified the suspect as Joel David Dasher, 52, of Raleigh. An arrest warrant for robbery with a dangerous weapon has been issued for him.

Dasher is described as a black man, about 5-7, 125 pounds, wearing a white T-shirt, khaki shorts and dark shoes. He is also described as bald with a white mark/scar below his right ear that extends along his right jaw line.

The robber fled in an unknown direction. It wasn't immediately clear whether he had a vehicle nearby or left on foot.

The suspect got away with an undisclosed amount of cash.

If you have information about Dasher or his whereabouts, please contact the Garner Police Department at (919) 772-8810.