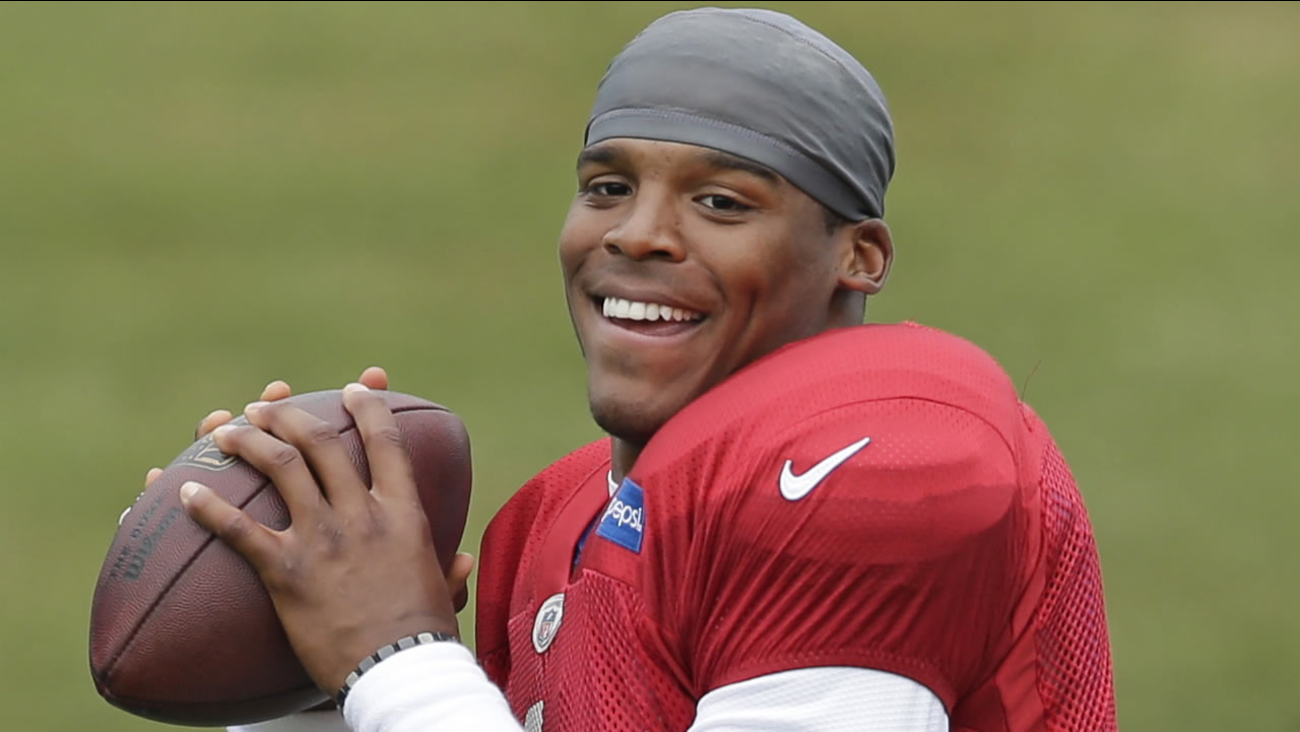 The team said that Newton, who had a subpar season in 2016 after being named NFL MVP just one year earlier would be undergoing shoulder surgery March 30.

The injury happened in the Panthers' 28-16 home win against the San Diego Chargers in Week 14, on Dec. 11. The team did not report the tear at the time.

Newton finished the game, and the following week, an MRI revealed the injury. He didn't miss any snaps and played through the injury in the final three games of the season.

The Panthers didn't elaborate on the decision to play Newton despite the injury and with the team being 5-8 after the Chargers' game and essentially out of playoff contention.

"It is well-documented and well-researched that overhead-throwing athletes commonly have wear and tear to their rotator cuffs," Panthers head athletic trainer Ryan Vermillion told the team's website. "As a result of the MRI, we modified all of Cam's work in the weight room and on the field for the final three weeks of the season."

Newton was limited in practice during the week for the remainder of the season but didn't miss a start.

The team said Newton has had multiple MRIs after the season and saw a rehabilitation specialist in Atlanta who has been updating Vermillion. The decision to have the surgery was made after Newton experienced increased pain during the throwing portion of his rehab.

"We developed a plan for Cam to take a period of rest, a period of rehabilitation and treatment, and then start a gradual throwing program the first part of March," Vermillion said. "Cam started his program, and the early parts of his rehab had been going well. However, as we worked to advance him into the next stage -- the strengthening stage, the throwing stage -- he started to have an increase in his pain level and started having pain while throwing."

Newton has missed only three games in six seasons. He missed the opener in 2014 after suffering a rib injury during the preseason and a late-season game that year against Tampa Bay after suffering broken bones in his lower back during a car crash.

He missed one start this past season with a concussion.

The only other time Newton has required offseason surgery came in 2014 when he had his ankle repaired, also the only time he's been forced to miss offseason workouts.

Coach Ron Rivera said after the season he planned to evolve the offense so Newton, who has been hit more than any quarterback in the NFL since entering the league in 2011, is less involved in the running game.

It was not revealed whether the shoulder injury occurred on a run or a throw.

Vermillion said Newton will begin throwing 12 weeks after the surgery and then throw with the team four weeks later, which puts him on schedule for training camp.

"The thing we need to stay away from the most is throwing, but he will start immediately with range of motion and rotator cuff exercises," Vermillion said. "The positive thing, unlike when he had ankle surgery, is that he will still be able to work on his conditioning, work on his core, work on the rest of his body.''

The Panthers also announced that defensive end Charles Johnson underwent back surgery on Tuesday and wide receiver Damiere Byrd will have knee surgery on Thursday.

Johnson, second on the team's all-time sack list, recently re-signed a two-year deal. Both are expected to be ready for training camp but will miss OTAs.

"Following surgery, we want Charles as active as possible while still taking the proper precautions,'' Vermillion said. "He will be up and moving around the next day, and we will progressively bring him back."