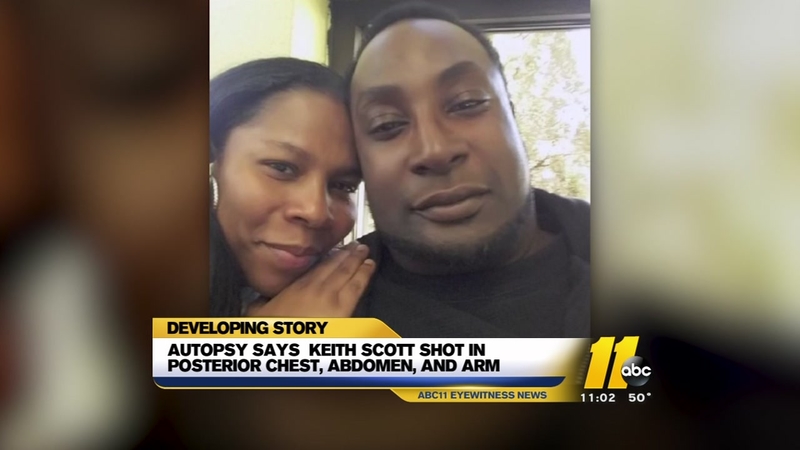 CHARLOTTE (WTVD) -- The medical examiner released the official autopsy report for Keith Scott, 43, who was shot and killed in September by a Charlotte-Mecklenburg police officer.

Many called for the Charlotte-Mecklenburg Police Department to release the body cam and dash cam videos from that shooting.

Officers were called to The Village at College Downs to serve a warrant, when one officer said he witnessed Scott with drugs and a gun.

The officers said they identified themselves as police officers and gave clear and repeated verbal commands for Scott to drop the gun. They said Scott refused to follow the officers' commands.

Body cam and dashcam video showed Scott getting out of his vehicle and backing away from the vehicle, while ignoring the officers' verbal commands to drop the gun.

Officer Brentley Vinson perceived his actions to be an imminent physical threat and fired his weapon, police said.

Police Chief Kerr Putney said a gun was found at the scene, and a lab analysis of the weapon revealed the presence of Scott's DNA and his fingerprints on the gun. It was also determined that the gun Scott possessed was loaded at the time of the encounter with the officers.

Officer Vinson is on paid administrative leave while the investigation continues.