WTVD
DURHAM (WTVD) -- Duke police have released an artist's sketch of two suspects from an armed robbery last Friday near the 300 block of Swift Avenue.

Duke University police said the men, one of whom had a handgun, approached a victim who was visiting a campus-owned apartment complex and demanded money.

The first suspect was described as a male in his late 20s or early 30s with dark hair. He was between 5 feet 6 inches to 5 feet 8 inches tall and weighed around 145 pounds. The man, who was holding the gun, also appeared to be right handed, according to police.

The second suspect was described as a bald male about 20 to 25 years old. He was between 6 feet 1 inch to 6 feet 2 inches tall and weighed about 180 pounds.

Both suspects fled the scene in a gold colored car.

"The safety of our community is our first priority," said Kyle Cavanaugh, vice president for administration. "We are hopeful that these sketches may help someone in the community recognize these suspects as part of our investigation." 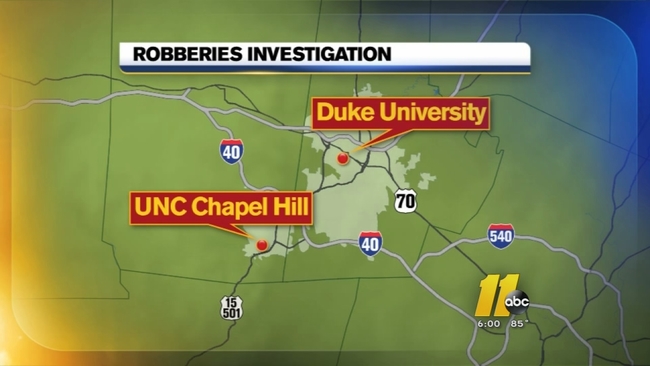 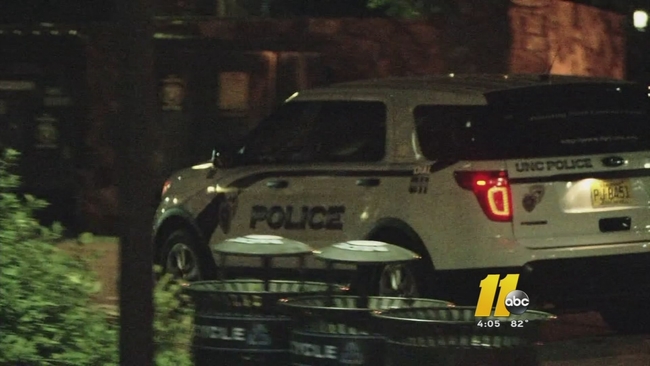