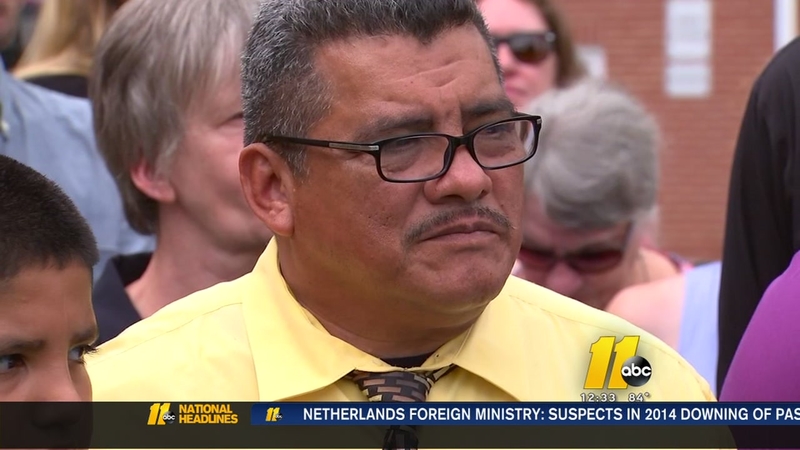 Chicas fled his native El Salvador in the 1980's during that country's civil war and sought asylum in the U.S.

In the 1990s, he pleaded guilty to driving under the influence and domestic abuse while struggling with alcoholism.

Since then, his supporters say he underwent a spiritual conversion and has served his family and the community for two decades.

But now, he's been ordered to leave the country. His supporters say the reason is due to a nonappearance in court for his asylum case on the advice of a previous attorney which took place prior to his encounter with the law.

"I do not want to be separated from my family, or my family have a broken unit. Nor do I want to go to a country where I will have no one to receive me and know no one," Chicas said Wednesday through an interpreter.

For now, Chicas has been given sanctuary by a Durham religious group that hopes ICE will not make arrests in a place of worship.
Report a correction or typo
Related topics:
raleighiceimmigration
Copyright © 2021 WTVD-TV. All Rights Reserved.
More Videos
From CNN Newsource affiliates
TOP STORIES