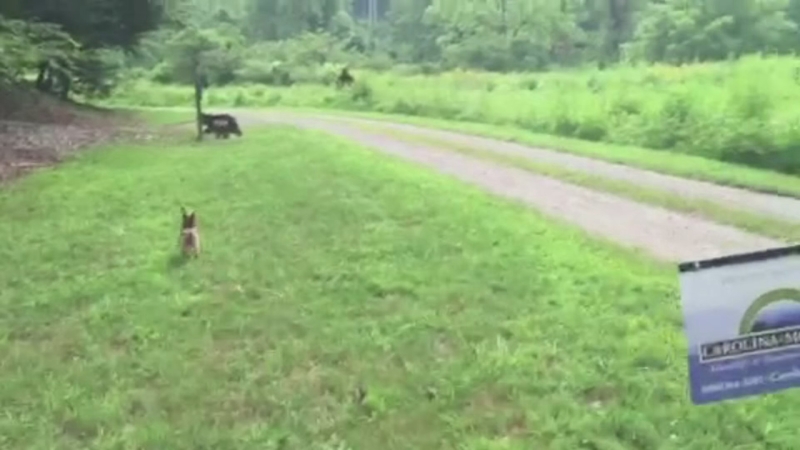 HENDERSON COUNTY (WTVD) -- A tourist is claiming to have spotted what he believes to be Bigfoot while vacationing in the Henderson County area.

Eric Walters of Boone said he was renting a cabin near Asheville with his wife and another couple when he decided to walk the trails Thursday morning with his Yorkshire Terrier, Zippy.

He told ABC11 neighbors had warned them there was some bear activity and to be cautious, so he kept his dog close. He said when he thought he saw a bear, he started filming video with his cellphone.

"I quickly realized it was not a bear but a Sasquatch," Walters said. "Zippy could tell I was scared and got so riled up that he got loose and went after it. It turns out the brave little guy chased the Sasquatch away and saved me from a possible encounter. I love him more than ever."

Walters called his dog heroic and said "Yorkies are small in size, but bigger than even a Sasquatch in heart."

"I've read that some people think I was a little over dramatic, but how would you react to a Sasquatch," he added.