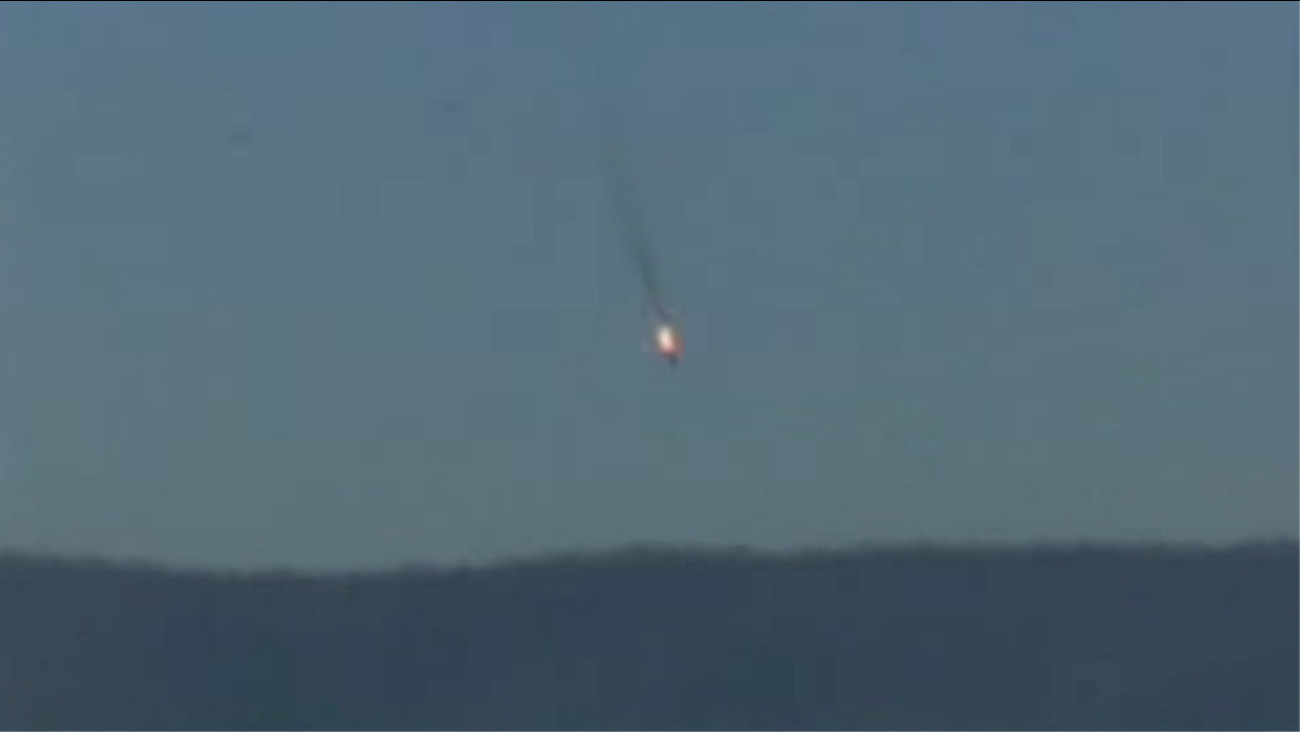 A Russian warplane on fire before crashing on a hill as seen from Hatay province, Turkey, Tuesday, Nov. 24, 2015.

BRUSSELS -- A U.S. defense official in Washington and a NATO diplomat say the Russian plane entered Turkish airspace before Turkey shot it down.

The NATO diplomat said the Turks have reported two separate violations of their airspace, including one that lasted 17 seconds.

The diplomat said the Turks had played the warning messages they sent to the Russians in a closed-door meeting of NATO's North Atlantic Council and that they sent 21 warnings in five minutes.

The diplomat said authorities in Ankara had one-on-one contacts with the Russians to stress how seriously they took the matter after previous Russian intrusions into Turkish skies last month, and that "clearly the Russians had been disrespecting the rules of the game and sovereign air territory."

Both the U.S. official and the NATO diplomat spoke on condition of anonymity because they were not authorized to discuss details about the case.