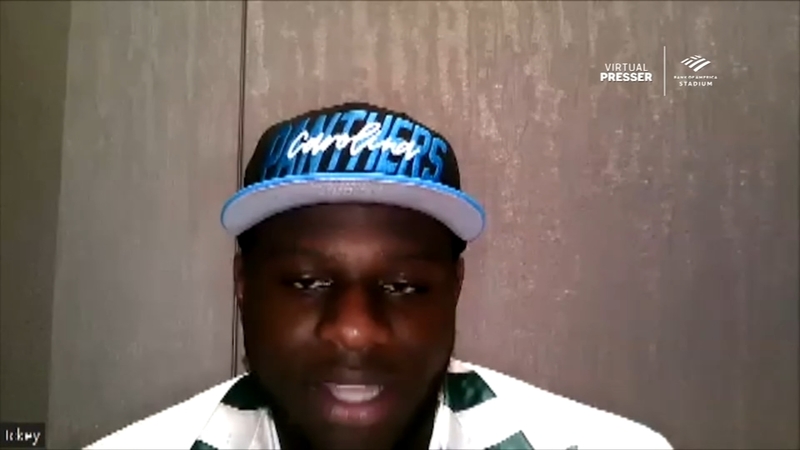 Many expected the Carolina Panthers to take a quarterback with the sixth overall pick of the NFL Draft, but when the Wolfpack's star left tackle was still available, the Panthers didn't hesitate.

Ekwonu is expected to be penciled in to start right away at left tackle.

Ekwonu, whose nickname "Ickey" was given to him by a youth football coach who thought he played like former Cincinnati Bengals running back Ickey Woods, is considered light on his feet and has the ability to lock up defenders with his long arms. 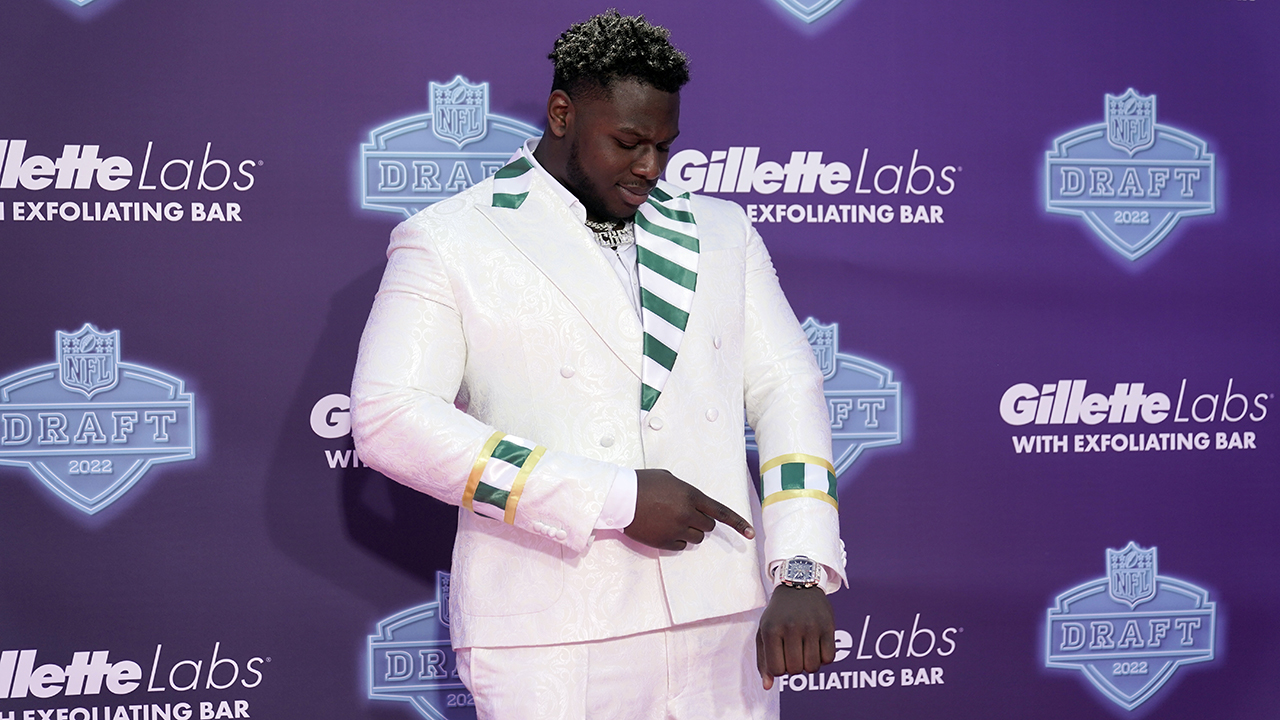 N.C. State's Ikem Ekwonu poses on the red carpet before first round of the NFL football draft Thursday in Las Vegas.

Carolina entered the draft with two glaring needs - quarterback and left tackle - and for weeks fans have debated which direction the team should go. But this draft was heavy on offensive tackles and light on standout quarterbacks, so the Panthers elected to add a pass protector.

ESPN Draft tracker round by round

It helped that the first five players selected in the draft were defensive players, the first time that has happened since 1991. That gave the Panthers the choice of Ekwonu and Alabama's Evan Neal, who went one pick behind Ekwonu to the New York Giants.

Ekwonu becomes the first offensive tackle selected by the Panthers since Jeff Otah in 2008.

Carolina has struggled to find consistency at the position since Michael Oher retired in 2016, one year after the Panthers reached the Super Bowl. Carolina has not made the playoffs since 2017. 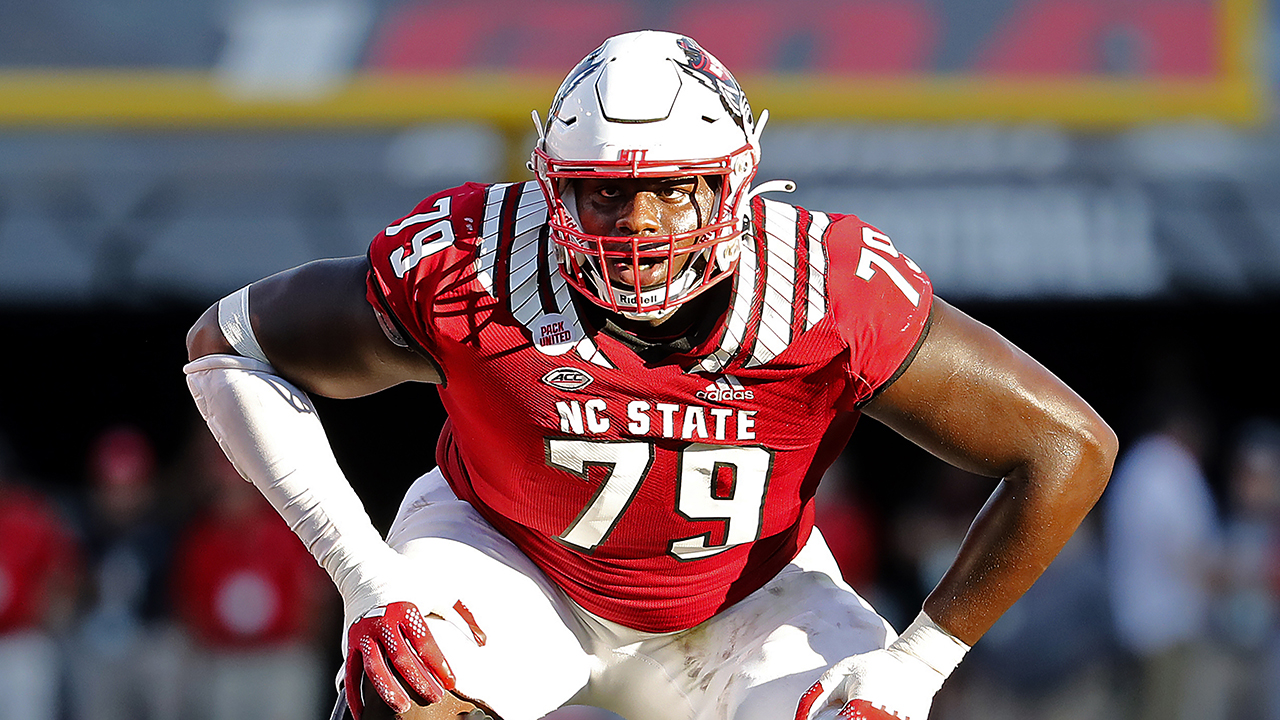 The Panthers allowed 52 sacks last season, fifth-most in the NFL and their quarterbacks spent the season under major duress most of the year.

Panthers coach Matt Rhule said he and Fitterer went through about 50 different scenarios the morning of the NFL Draft and very few of them had Ekwonu falling to them with the sixth pick.

"All of them had great traits and we would have been happy with any of them," Fitterer said. "What we really like about Ickey is he is a tone-setter. He has the intelligence and the physical style of play. He brings all of the intangibles that we want as well as the physical attributes."

Ekwonu adds to that list of improvements on the O-line.

He said he'll bring "violence and physicality" to the Panthers.

Ekwonu went to Providence Day High School in Charlotte and grew up a Panthers fan. He was at Bank of America Stadium cheering on the Panthers when they thumped the Arizona Cardinals 49-15 in the 2015 NFC Championship game to reach the Super Bowl.

He wore a Thomas Davis jersey growing up and met the former Panthers linebacker in Las Vegas a few hours before the NFL draft.

Ekwonu said staying in Charlotte - where he plans to buy his own place rather than living with his family - gives him one less thing to think about as he begins his professional career.

"The fact that every step of my football journey I've been in North Carolina, I think that says something," Ekwonu said.

Ekwonu wore a green and white suit to the draft representing his Nigerian heritage.

The Panthers don't have a draft pick on Friday after trading away their second and third-round draft picks last year for quarterback Sam Darnold and cornerback C.J. Henderson, respectively. They aren't slated to pick again until the fourth round (No. 137) on Saturday.

You can watch every round of the draft over the three days beginning at 8 p.m. Thursday for the first round.

Rounds two and three on Friday start at 7 p.m. and the fourth through seventh rounds will be aired Saturday with coverage starting at noon.

For other area players, like North Carolina quarterback Sam Howell, the draft is filled with a little more uncertainty.

Howell put up video game-type numbers during his three-year career at North Carolina. He passed for more than 10,000 yards and ran for more than 1,000. 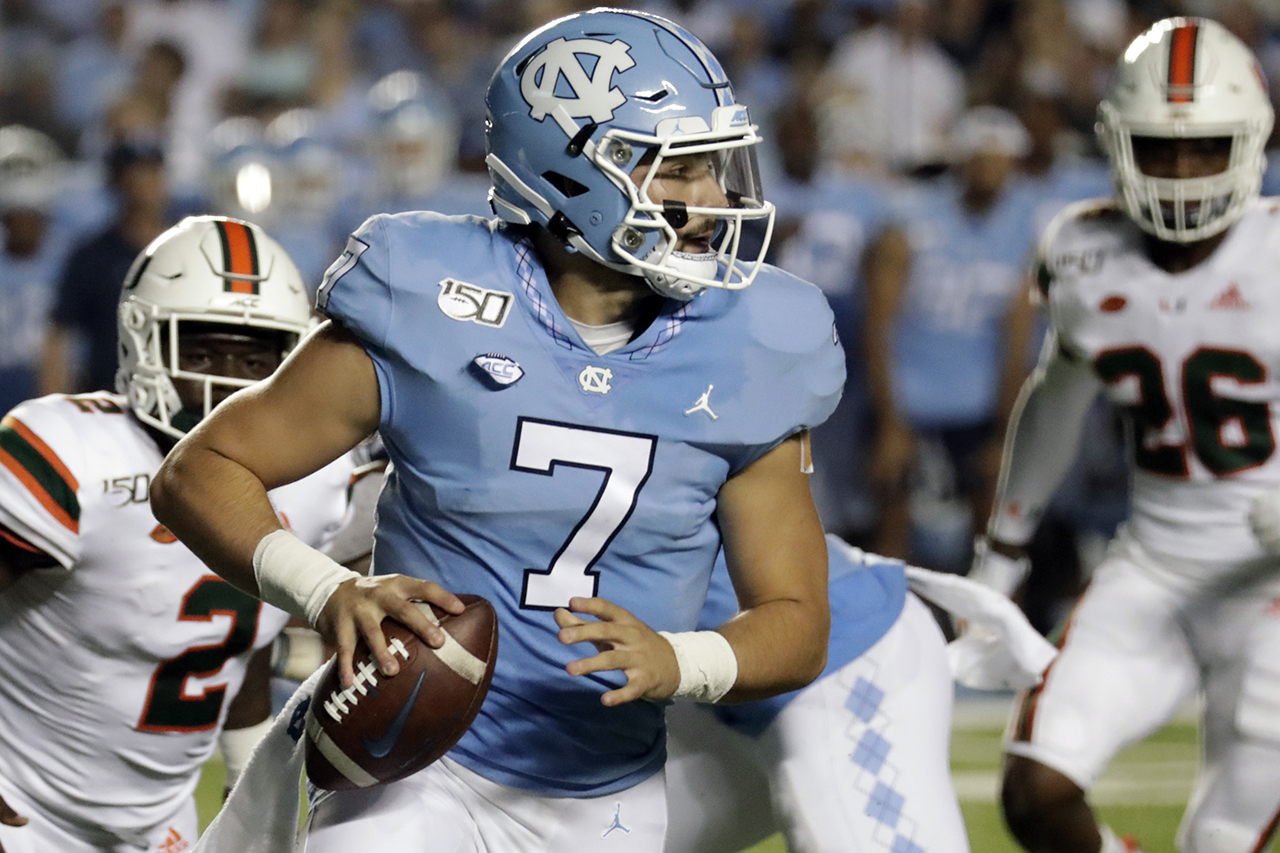