'This has been a true blessing': NCCU specialists reflect on long journey to Celebration Bowl 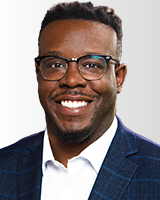 ABC11's Travon Miles spoke with a pair of NCCU's football players ahead of the team's bowl game and learned why their college process was no walk in the park.

DURHAM, N.C. (WTVD) -- North Carolina Central is enjoying one of their best seasons in recent memory. In addition to a record-setting offense, and a top-ranked defense, the Eagles boast one of the most complete special teams units in the country.

Both of the young men have unlikely journeys to Durham. Olivo, of Mexican descent, said he played soccer his entire life, and didn't begin to take football seriously until his junior year of high school in Tampa, FL.

"Once I saw the recruiting process, I was like, this is real, this is something to look forward to," he said.

Olivo explained how he watched football all the time with his late grandfather, but never thought to pursue the sport until his high school had a need at kicker during his freshman year. The decision to try a sport he had never thought about playing, has changed the course of his life.

"This has been a true blessing, because I never thought I would have come to North Carolina Central," said Olivo.

Velarde was born in Peru, and moved to the United States when he was 14 years old.

"I didn't speak any English, I didn't know anything about football." He said.

Velarde was introduced to the game on the fly when his family moved from New Jersey to South Carolina.

"I looked at some YouTube videos, that's how I started the sport," he added.

Both men detail a very difficult recruiting process, partly due to the fact that their families had very little experience with the college process. They say that Coach Trei Oliver's football staff made things much easier once they emerged as prospects.

Fast forward to this year, Olivo was named a First-Team All-MEAC performer and is regarded as one of the best kickers in the country, while Velarde is a finalist for the Doris Robinson Scholar-Athlete award, presented to an FCS student-athlete who excels not only on the playing field and in the classroom, but in the community and beyond.