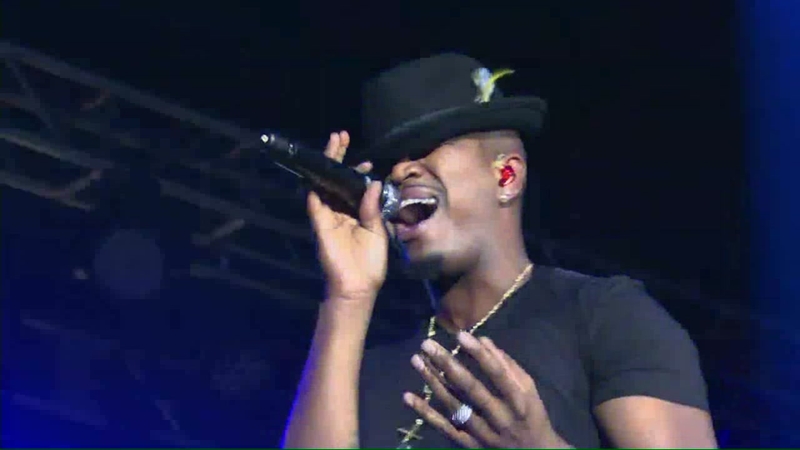 RALEIGH (WTVD) -- It's a glaring concern for the Hillary Clinton campaign -- black voter turnout, so far, during North Carolina's early voting period is down 15 percent compared to 2012.

In Raleigh on Tuesday night, seven days before Election Day, Team Clinton made another attempt to try to turn that number around. They invited voters to a free concert at The Ritz with R&B pop star Ne-Yo.

He may not be Clinton's secret weapon, but Ne-Yo, the platinum-selling Grammy Award-winning singer came to Raleigh to offer Clinton a boost exactly where she needs it most - with young voters and African-American voters.

"We need y'all to go out and early vote!" Clinton volunteers proclaimed from the stage before the concert began.

Hillary Clinton enlists @NeYoCompound to get out the vote at free concert at @RitzRaleigh pic.twitter.com/qJwYoFTCFo

While early-voting numbers are up statewide, the amount of younger voters is down from 2012. And the number of African-American voters is down significantly.

RELATED: CAMPAIGNS GO ALL OUT IN FINAL PUSH TO ELECTION DAY

Broken down by race, the number of black voters, so far in early voting, is 85 percent of what it was four years ago when African-American voter percentages swelled in support of Barack Obama.

This year's figures could spell trouble for Clinton. She's counting on those votes to keep North Carolina out of Donald Trump's win column.

"Yes, I have (voted)," said Mary Myers, one of hundreds waiting in line at The Ritz for the Ne-Yo concert. Myers and others offered their opinions on what is behind a perceived lack of enthusiasm among the African-American electorate.

"I just think this election is just negative and I just think no one wants to be really be involved, especially African-Americans," Myers said.

"The younger people don't realize how important it is to vote," said China Sherrod.

"Some people just don't really care as much or just don't think it's going to make a difference," Sharice McNeil said.

"I think it's a lack of enthusiasm and a lack of trust," Denny said. "Our voters just want to be sure they're making the right choice."

Get Out the Vote concert for @HillaryClinton by @NeYoCompound about to get underway @RitzRaleigh pic.twitter.com/bxs5KmDRdL

Inside the concert hall, Ne-Yo performed for about 45 minutes. He played most of his biggest hits and concert-goers seemed to leave happy.

But what Clinton volunteers were most concerned with was getting contact information from attendees to ensure they show up at the polls during the next four days of early voting -- or next Tuesday.