A century later, Chatham County commissioner calls for apology in 1921 lynching of 16-year-old 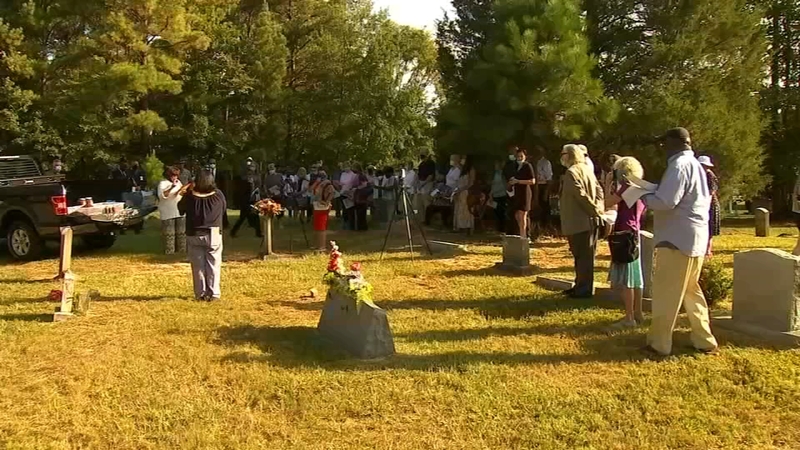 The lynching is documented As part of a report about an ugly legacy of attacks by Whites against Black people in North Carolina. Those reports say the people who hung Daniel from a tree and shot him several times were prominent Chatham County citizens.

"A story that, for generation to generation, never got passed down to anyone," said the victim's great-niece, Cheryl Taylor. "Because my grandmother said to me when I asked when I was a child because I saw the Bibles, all the names, she said 'He died young.' And I said 'OK, he died young. Maybe he was sick and something happened.' But no one else in my family ever spoke of it, never said anything. So when I found it, it hurt me so much."

Taylor and members of her family stood with concerned residents during a ceremony near Daniel's grave Saturday.

Chatham County Commissioner Karen Howard was on hand for the memorial.

"I am going to call on my board of commissioners on Monday night at our board meeting, to offer an official apology on behalf of our local government, for any part that any person in any place of privilege and power in Chatham County played in this wrongful death, in this murder," Howard said.

As part of the solemn vigil, members of the Community Remembrance Coalition of Chatham County collected soil from the area where the 16-year-old died.

"Having a piece of where it all transpired, means a lot to me. I'm going to take it home with me," said Taylor.

Organizers say an apology from Chatham County would be the second one related to a lynching in the history of North Carolina.