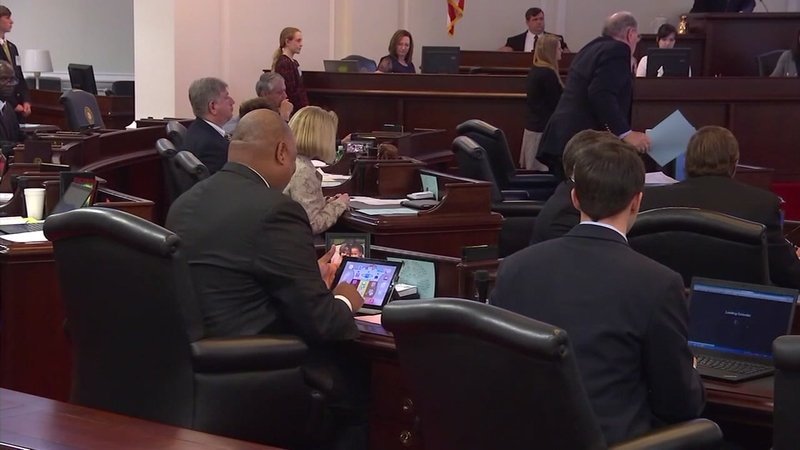 RALEIGH, M.C. (WTVD) -- North Carolina Republicans have held a tight grip on the reins of power at the state legislature since 2010. But talking to both sides one month out from Election Day, it's North Carolina Democrats who sound more confident that this is their year

Martin helped recruit Democratic candidates all over the state to take on Republicans in all 120 House districts.

He said that during the last few months, something changed in the Democrats' Election Day calculations; that they're not just talking about taking away Republican super-majorities in the House and Senate anymore. At some point last summer, the Democrats turned their focus on winning at least one chamber outright.

Republicans currently have the 3/5th majorities needed in the House and Senate to overturn any veto by Democratic Gov. Roy Cooper.

"The polling we're seeing, the response that (Democratic candidates) are getting from their voters tells us we absolutely have a chance to take back the majority in the House of Representatives," Martin said.

On the other side of the aisle, we spoke by phone with NC GOP Executive Director Dallas Woodhouse to get his take on Republican chances of retaining the supermajorities that have allowed them push through an unfettered GOP agenda.

"We feel confident that we're going to have a really good election," Woodhouse said. "The term I have been using with people is we feel pretty confident in retaining strong governing majorities."

"This is more than a political campaign," he said. "It has become a moral cause to protect the country from what Democrats did to it in the month of tearing this country apart."

This very high-stakes election arrives in just under four weeks.

Early voting starts a week from today: October 17 and runs through November 3.