PHILADELPHIA -- North Carolina continued its dazzling run in the NCAA tournament with a 73-66 win against UCLA on Friday night.

Love, a sophomore, finished with a career-high 30 points, including six 3s and two game-clinching free throws with 7.8 seconds left. He scored 27 of Carolina's 45 points in the second half, including one stretch of 10 straight that kept the Tar Heels in the game -- a hot streak that began after he changed shoes at halftime.

The idea to change shoes came from the team's director of operations, Eric Hoots, after Love shot 1 for 8 in the first half. He shot 10 for 16 in the second.

"I'm going to give him a raise," coach Hubert Davis said of his right-hand man.

The No. 8 seeded Tar Heels improved to 27-9 in winning the Sweet Sixteen matchup and advance to the Elite Eight for an improbable contest against Saint Peter's. 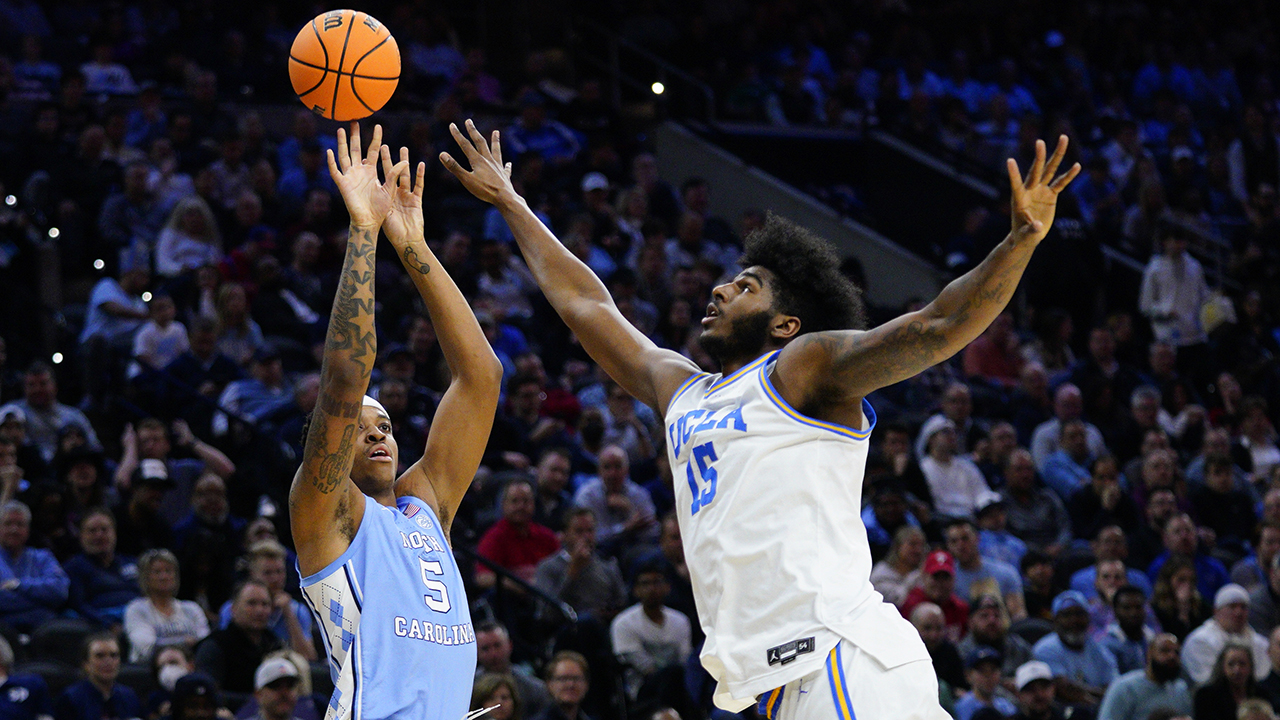 North Carolina's Armando Bacot shoots against UCLA's Myles Johnson in the Sweet 16 round of the NCAA tournament on Friday.

That game will be the first-of-its-kind -- an 8-vs.-15 matchup in the Elite Eight. The 15th-seeded Peacocks topped Purdue 67-64 earlier in the evening.

Love, who was held to five points in last week's win over Baylor, managed one point more than that during the decisive 37 seconds. His go-ahead 3 came with 1:03 left and marked the last of 14 lead changes in the game that was also tied eight times.

Fourth-seeded UCLA (27-8) fell two wins short of its 20th Final Four. Last year's season ended on a shot from near half court by Gonzaga's Jalen Suggs. This time, Love did in the Bruins, who got 16 points from Jules Bernard and 15 from Tyger Campbell. 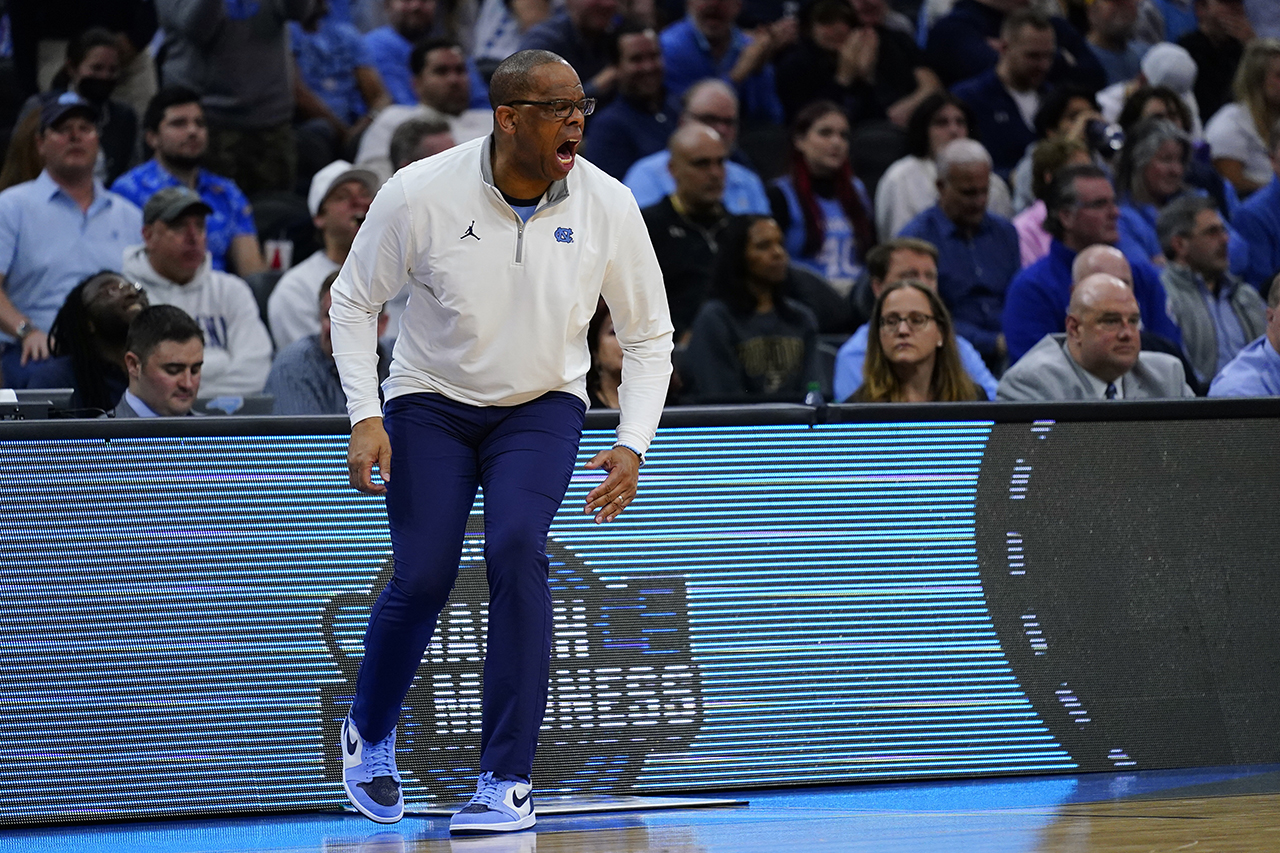 North Carolina head coach Hubert Davis reacts to a call during the first half against UCLA.

Armando Bacot had 14 points and 15 rebounds for North Carolina, the most crucial of which came when he tipped in a miss by R.J. Davis with 15 seconds left to build Carolina's lead to five points - the biggest it had been to that point.

But this game, especially the second half, belonged to Love, who started heating up as soon as he came out of the locker room with fresh sneakers. He scored seven of North Carolina's first 12 points of the half, then, with the game tied at 44, scored 10 in a row for the Tar Heels.

Those included a pair of twisting, practically no-look layups and an NBA-range 3-pointer. He followed that with a heat-check 3, jacked up from the elbow under pressure. It missed, but that didn't stop him.

Trailing 64-61 with 2 minutes left, the Tar Heels fed to Love, who missed again - this time on a pull-up 3 that would have tied it. Bacot got the rebound and Carolina fed Love once more. That one went in at the 1:40 mark. The Tar Heels didn't trail again.