The Confederate monument that faces Morgan Street from Union Square at the State Capitol building was covered in black spray-paint. (Jim Schumacher)

RALEIGH (WTVD) -- Investigators are reviewing security camera video after another Confederate monument in the Triangle was vandalized overnight Tuesday.

The monument to North Carolina Women of the Confederacy in downtown Raleigh was spray-painted with the words "Black Live Matter".

Raleigh police covered the damage early Tuesday morning, but workers later revealed what was written on the granite base of a bronze sculpture with bronze bas-relief plaques after applying solvent to remove the damage.

"It's just a matter of time before the suspects are identified," said State Capitol Police Maj. Anthony Moss. "Vandalism of state property of any kind will not be tolerated."

The monument depicts a woman holding a book as she sits next to a young boy holding a sword.

The woman, representing the women in the South as the custodians of history, is shown imparting the history of the Civil War to the boy. The two relief plaques portray the Civil War; the eastern side shows soldiers departing for war and leaving their loved ones behind, while the western side depicts a weary or injured Confederate soldier returning home.

Similar graffiti was spray-painted at a second location in downtown Raleigh. The words "Black Lives Matter" and "F*** Gentrification" were scrawled on a wall at the 200-plus unit "The Lincoln" upscale apartment building at the corner of East Hargett Street and South Bloodworth.

There was another location at the corner of South West Street and Hillsborough on west side of downtown also with the words "Black Lives Matter."

Raleigh police are currently investigating the other vandalism.

It comes as several monuments around the state have been defaced in the wake of a deadly shooting at a historically African-American church in South Carolina.

The shooting has set off a debate about Confederate symbols and memorials across Southern states. 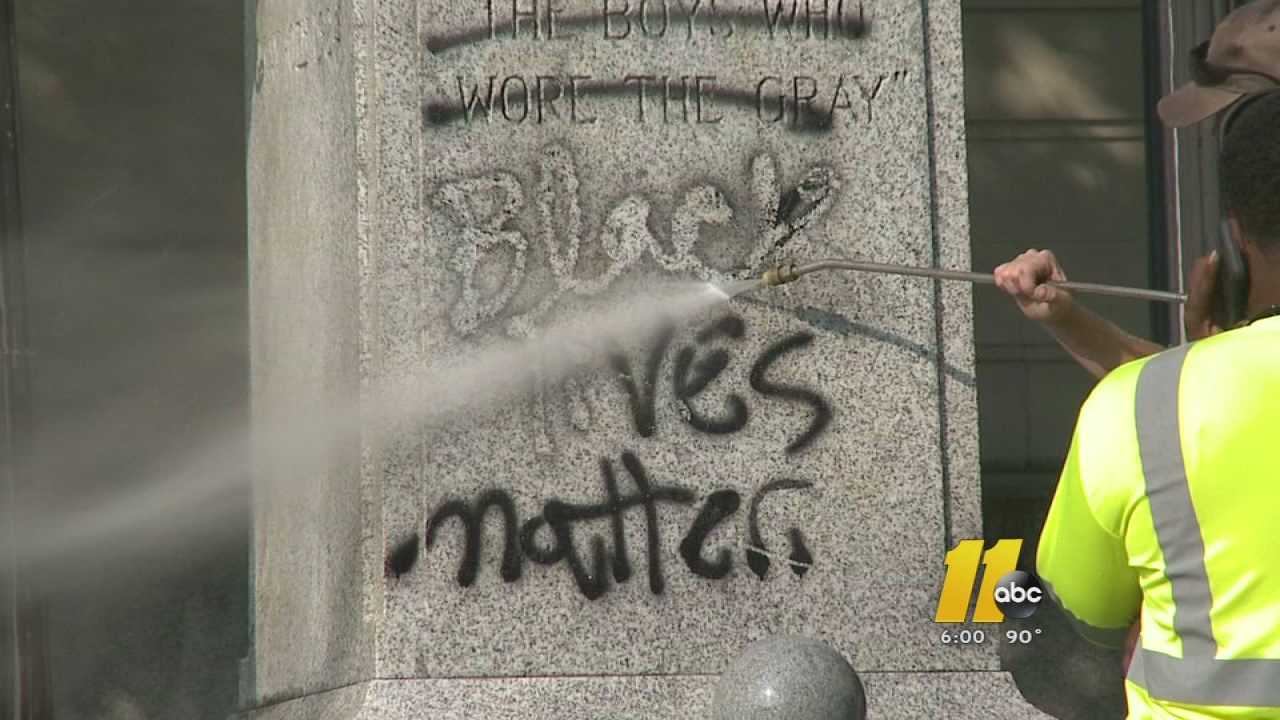 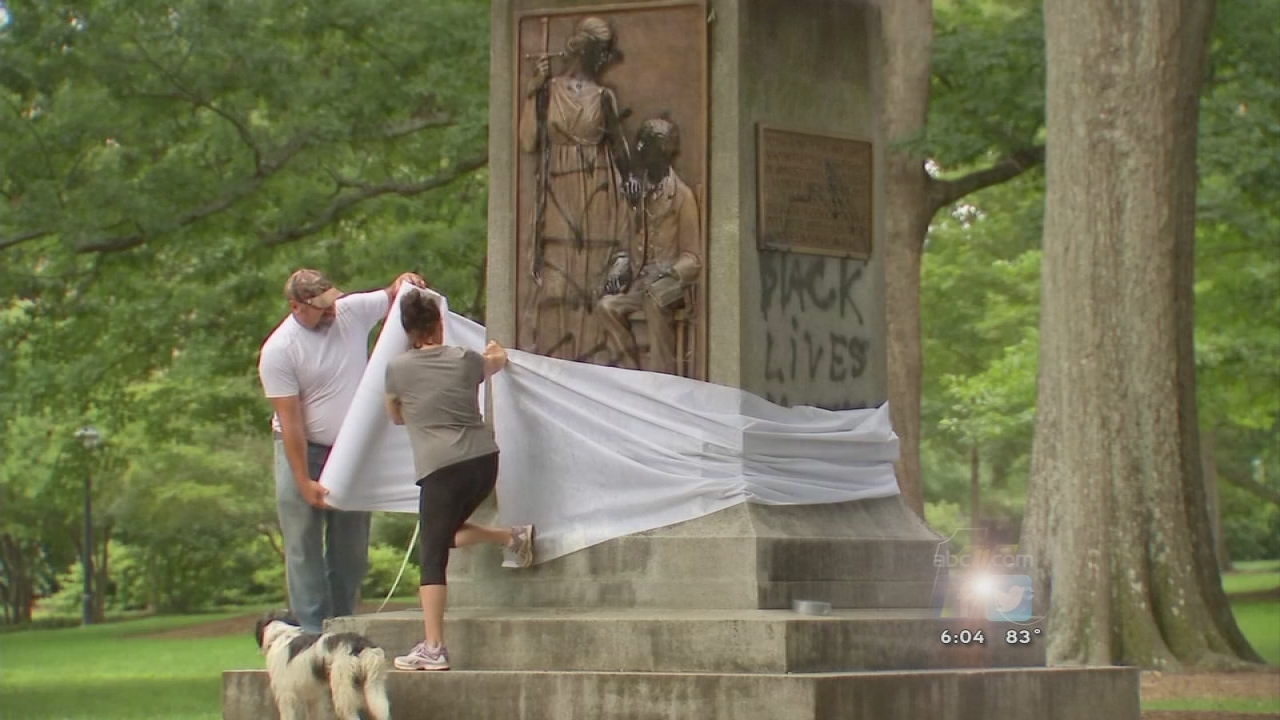 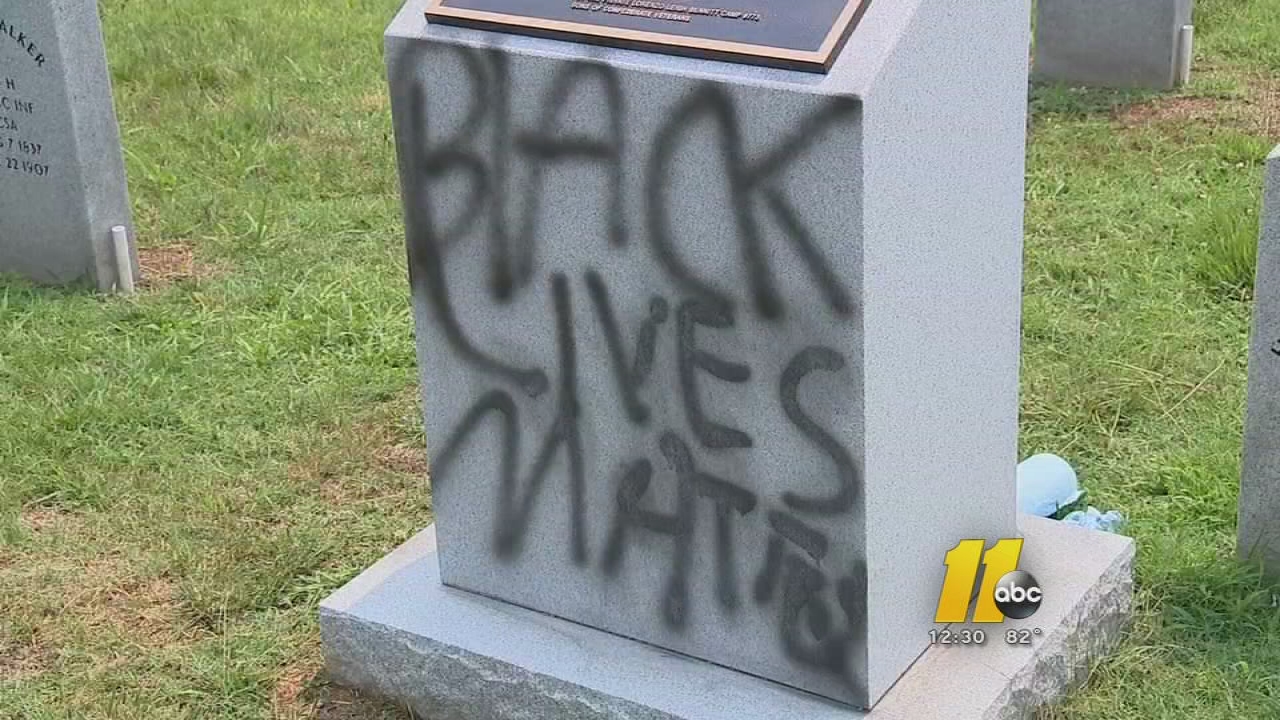 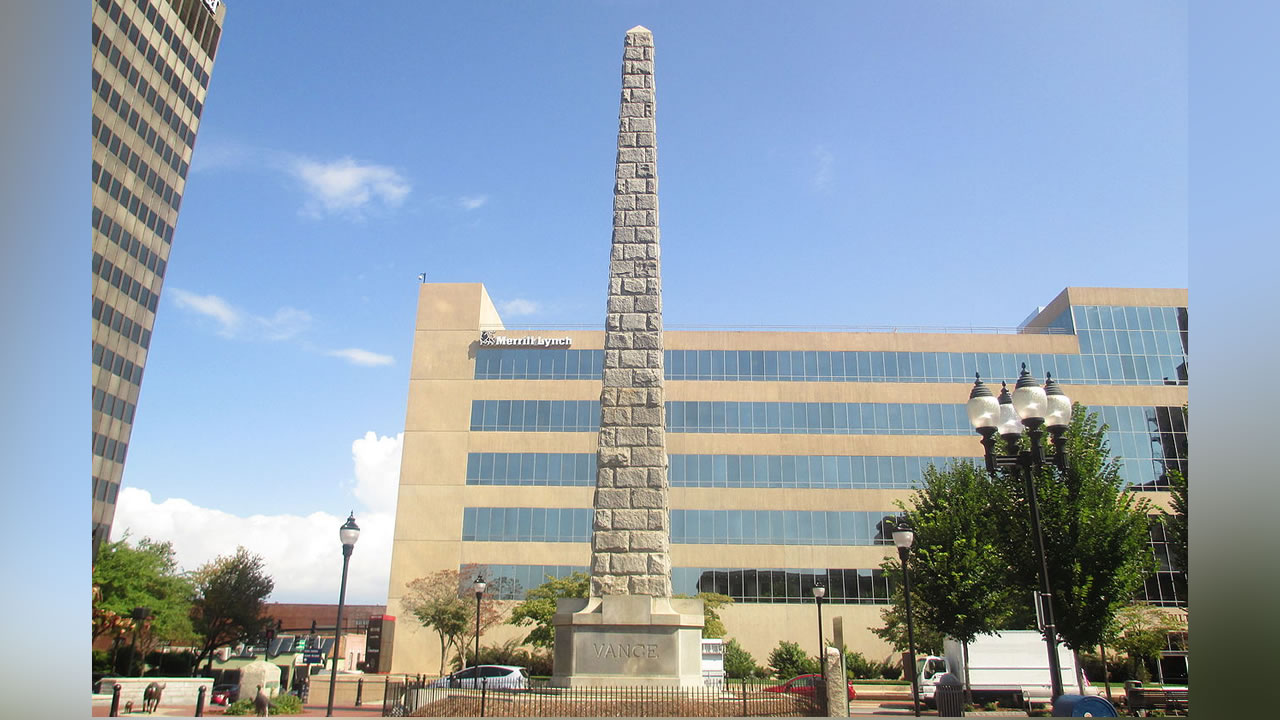