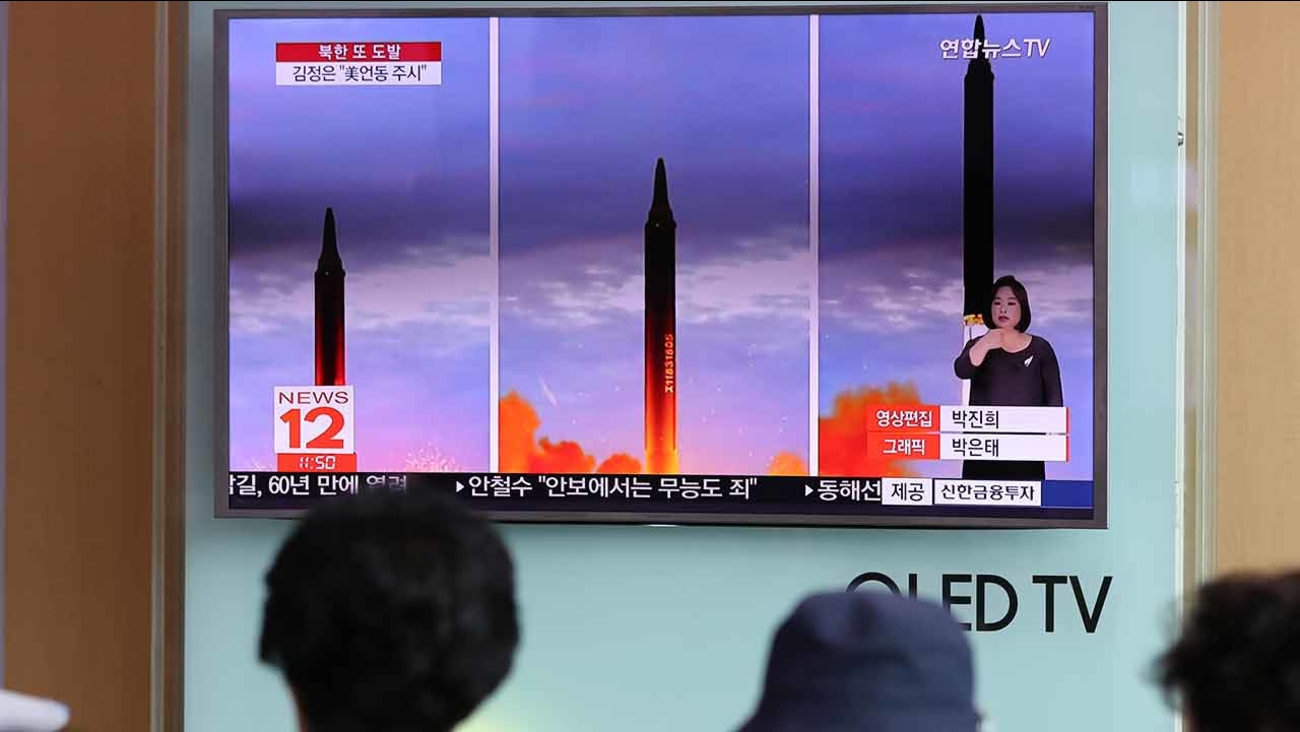 PYONGYANG, North Korea (WTVD) -- North Koreans on Saturday celebrated another public holiday with familiar routines, laying flowers and bowing in front of statues and portraits of past leaders while the outside world kept a close watch amid speculations that another missile test is near.

But no weapons test was detected from North Korea as of Saturday afternoon, as people in capital Pyongyang went through customary practices of showing loyalty to late leaders Kim Il Sung and Kim Jong Il, the father of third-generation leader Kim Jong Un.

This year's anniversary came just after North Korea conducted its sixth and most powerful nuclear test to date last weekend, which it claimed as a detonation of a thermonuclear weapon built for its ICBMs. The North flight-tested its developmental Hwasong-14 ICBMs twice in July and analysis of flight data suggested that the missiles could reach deep into the U.S. mainland when perfected.

The North has a history of marking significant dates with show of military capability, but its recent tests have been seen as driven mainly by technological needs amid an accelerating effort to expand its nuclear weapons arsenal.

"Because we firmly support our respected supreme leader comrade Kim Jong Un, our country will become stronger as a self-reliant, nuclear power, and we will have a great future," said Pak Kum Hyang, a Pyongyang citizen who came up the city's Mansu Hill to visit the bronze statues of the late leaders.

"This anniversary of the founding of our country is significant and comes just after we've had a successful H-bomb test," said Choe Sol Ju, another Pyongyang citizen who planned to later go on a family picnic.