Officials still working to determine cause of Atlanta plane crash 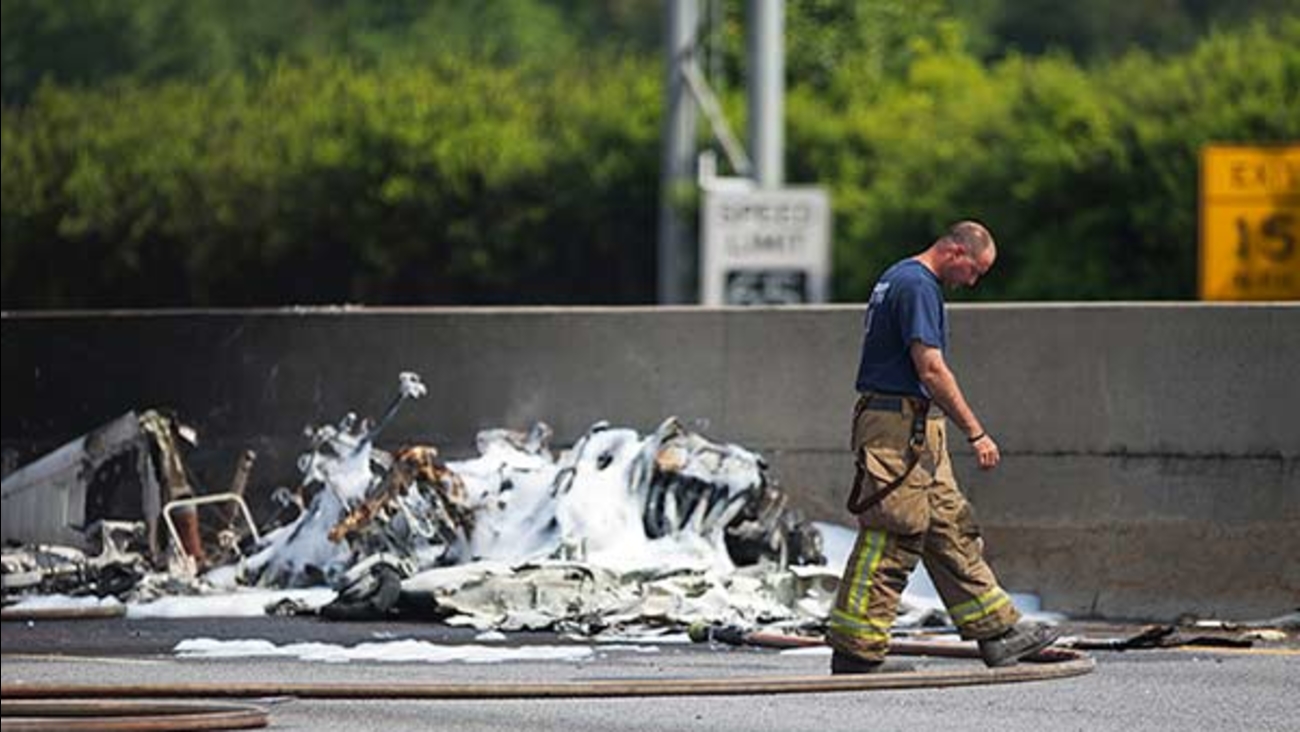 A firefighter walks past the wreckage of a plane crash on Interstate 285, Friday, May 8, 2015, in Doraville, Ga. (David Goldman)

Investigators from the National Transportation Safety Board were in Atlanta Saturday searching for the cause of a deadly plane crash.

Four people with ties to North Carolina were on-board the Piper PA-32 that went down on Interstate 285 on Friday.

The pilot "reported an issue on take-off," according to ABC affiliate WSB-TV in Atlanta.

Investigators will be looking at everything from pilot error to mechanical problems.

The flight originated in Asheville and was ultimately heading to the University of Mississippi, which is where one of the pilot's sons was graduating from college.

The wreckage of the plane will be moved to 40 miles south to Griffin, Georgia, where it will be reconstructed as a part of the investigation, the NTSB said.