Does this statue at Oakwood Cemetery really turn as you walk by? 'Spinning' Angel inspires urban legends 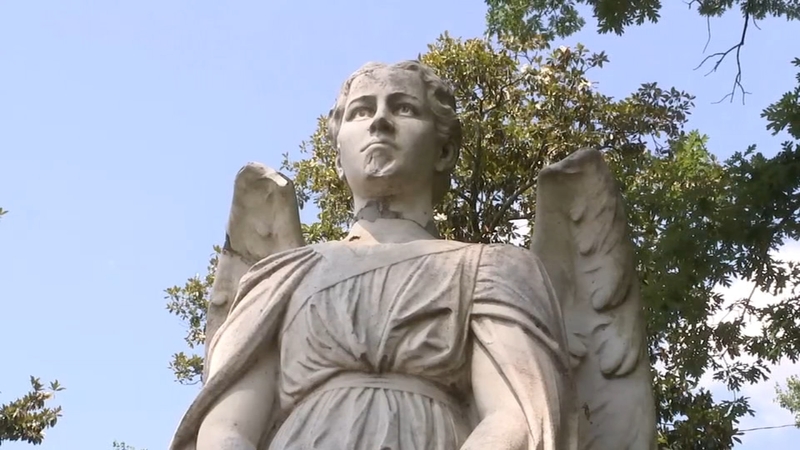 RALEIGH (WTVD) -- An angel statue in a Raleigh cemetery is the focus of many ghost stories and urban legends.

The statue can be found at Oakwood Cemetery at the grave plot of Etta Rebecca White, wife of W.E. Ratcliffe.

White was born in 1880 but died in 1918 at the age of 38. She died of a cerebral hemorrhage after spending a month committed to Dorothea Dix Hospital.

The face of the angel statue was created in White's likeness.

"It's also a little unsettling for us in a cemetery, to see a statue that looks like the person," Oakwood Cemetery Executive Direct Robin Simonton said. "It lends itself to urban legend." 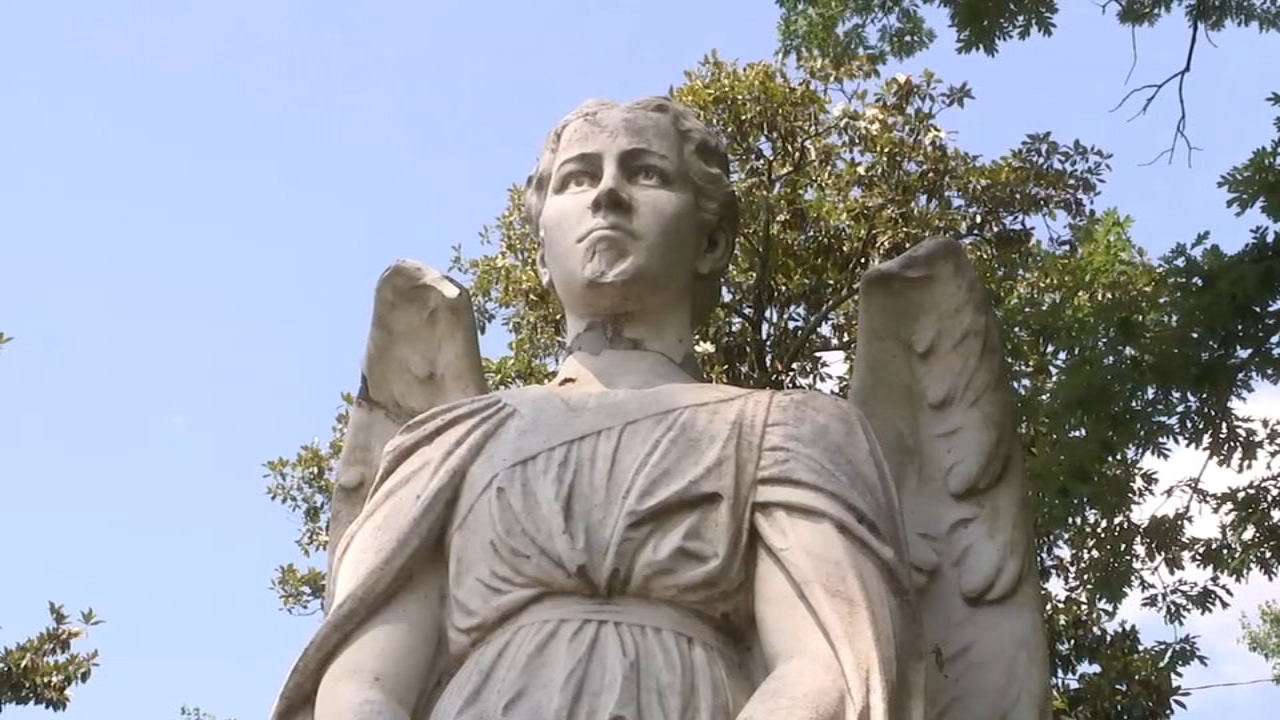 The urban legend--like many urban legends--is different depending on who you ask. But the main gist is that the statue spins or turns as if it is watching you as you walk through the cemetery.

Simonton said the cemetery staff does not engage in ghost stories, because they operate an active cemetery that is a sacred place for many families.

However, she said she believes the intensity and unique detail of the statue's eyes are to blame for sparking the imagination of people who like to spread ghost stories and urban legends.

"We can understand that it is an interesting story and part of the urban legend of not only Oakwood but of the city itself," Simonton said.
Report a correction or typo
Related topics:
societyraleighghosthalloweenhistorycemetery
Copyright © 2022 WTVD-TV. All Rights Reserved.
TOP STORIES
Snow, then icy conditions as winter storm moves over central NC
Roads began to deteriorate as snow, ice accumulate
LATEST: Deadline extended for House Wake COVID relief program
City, county governments close services as wintry weather hits NC
Raleigh Police investigate after man shot
Ford recalls 200K cars because brake lights can stay on
Laundrie claimed responsibility for Petito's death in notebook: FBI
Show More
US confirmed 1st COVID case 2 years ago today
Louie Anderson, Emmy-winning comedian, dies at 68
How to drive on snow, ice and get out of a skid
Raeford man killed in Fayetteville motorcyclist crash
Many COVID-19 vaccine side effects caused by placebo effect: Study
More TOP STORIES News