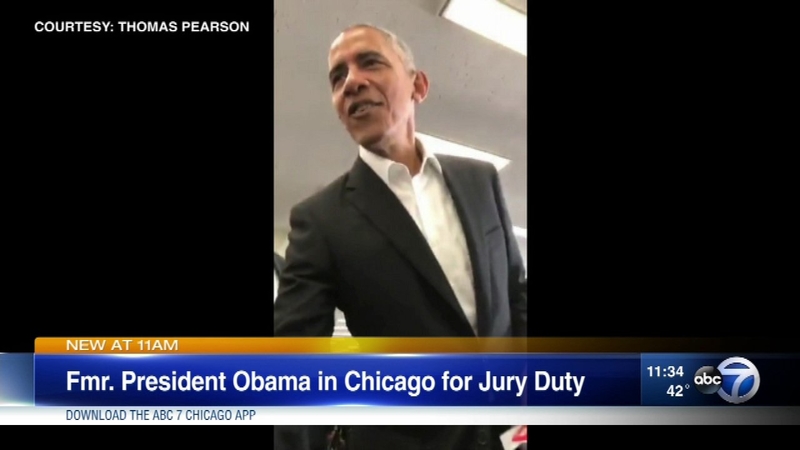 Obama left his home in Chicago's Kenwood neighborhood around 9:30 a.m. He walked into the Daley Center in the Loop just after 10 a.m.

Former President Barack Obama in a jury room at the Daley Center.

Security was heightened. The lines to get through wrapped around the lobby.

"I am surprised that he's actually coming. I thought if anything he should have some political pull to get out," said Sharon Mindock, who works at the Daley Center.

When he entered the jury room, he took time to shake everyone's hand and sign a few books other potential jurors had with them.

Walter Palmer was summoned for jury for the first time Wednesday.

"This is what happens every time, right?" Palmer joked.

Would-be jurors were excited by the prospect of serving alongside the former president.

"It shows us all that I don't have a good excuse and it's an important duty for all of us. So if he's going to show up, I guess we all have to show up for this," Palmer said.

Just last week, at his foundation summit in Chicago, Obama extolled the values of public service. He has long been outspoken about the importance of civic engagement.

Presumably, just like the rest of us called to jury duty in Cook County, the former president will be paid $17.20 for his day of service.