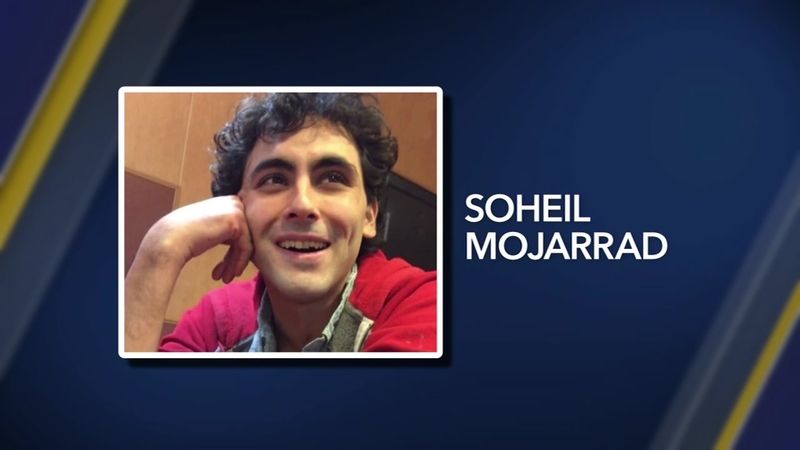 Man killed by Raleigh officer had troubled past

RALEIGH, N.C. (WTVD) -- The man killed by Raleigh Police in an officer-involved shooting Saturday night had a troubled past, including mental-health issues and previous confrontations with law officers, ABC11 learned Monday.

Officials say 30-year-old Soheil Antonio Mojarrad was involved in a shooting with Officer W.B. Edwards of the Raleigh Police Department.

Mojarrad was killed during the shooting.

A 911 call released Monday revealed that Raleigh police officers responded to a trespassing report before the shooting.

It happened outside Overtime Sports Pub around 8:30 p.m. in the 1000 block of North Rogers Lane.

Authorities say Edwards was equipped with a body-worn camera, but it was not activated at the time of the shooting.

"I can't believe it happened because I was here earlier in the day having some lunch, left, went home, had a campfire and woke this morning and heard there was a shooting," said Peter Sienkwicz, who frequents Overtime Sports Pub.

There are also several other stores right next to the pub in the same shopping center.

"I had my car parked in the back, so I locked the front door and I saw all the police cars come into the shopping center. I didn't know what the magnitude was," said Ibrahim Shteya, who owns a business in the same complex. "I felt like the whole city of Raleigh--the whole police of Raleigh--were here last night."

ABC11 found several charges on Mojarrad 's record dating back a decade and in two cases, he was accused of assaulting an officer.

In 2018, according to a citation, Majarrad kicked a Cary police officer in the neck. That officer wrote in the comment section he was "more interested in treatment than conviction" and thinks Majarrad "needs help."

Earlier this year, in January, Mojarraad was accused of punching a WakeMed police officer with a closed fist.

One of Majarrad's friends told ABC11 that Majarrad had a troubled past and mental health issues but also described him as a caring man.

That friend started a GoFundMe page to help the family pay for any expenses.