Missing stars, UNC offense 'not going to change anything' for the Orange Bowl CHAPEL HILL, N.C. (WTVD) -- No. 14 North Carolina's offense was one of the most explosive in the country this year. A big dose of that dynamite will not be available Saturday in the Orange Bowl, but the Tar Heels are trying to make it as close to business as usual in practice as they can.

With three megastars opting out early for the draft, Carolina's offense will have a distinctly different look vs. No. 5 Texas A&M. What hasn't changed though is the triggerman. Sam Howell gives you a fighting chance, no matter what. Longo just wants his quarterback to keep doing what he's been doing all year; no heroics are necessary.

"The only advice I gave him and the only coaching I did was tell him not to feel like he has to go and win this game himself," Longo said.

Howell sounded like his regular steady self when discussing being short-handed.

"Those guys -- they made a decision that they thought was best for them and you know, we all respect their decision, but at the end of the day we got a job to do," Howell said. "We know the guys we have. I know a lot of people are saying that they don't really know what we have." 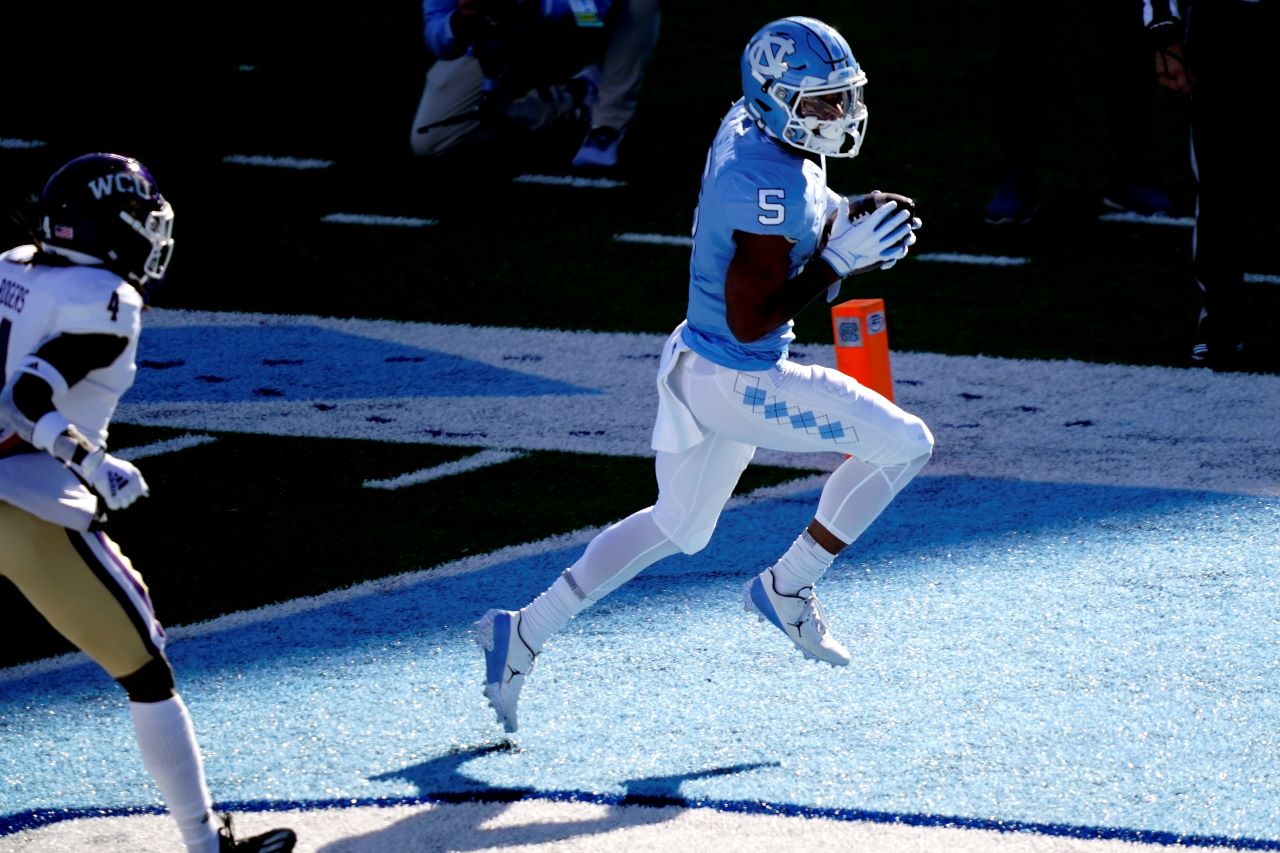 Wide receiver Dazz Newsome said he didn't even consider opting out and looks forward to the challenge of facing the Aggies.

There is still plenty of weaponry at wideout absent Dyami Brown. Dazz Newsome never even considered opting out.

"I'm a ballplayer, so I want to play," Newsome said Tuesday. Longo expects Dazz to dazzle.

"I hope Dazz tries to score on every single play he touches the football, you know, if he wants to take the team on his back and catch the ball for 200 yards and three touchdowns, be my guest," Longo said.

The running back situation is a little more tricky. Longo said Javonte Williams would have likely had 30 touches against the Aggies. Those will now be handled by committee.

"The backs we got, we see them every day in practice, all of them got speed, all of them got power and they've all been learning from 'Vonte as and Mike as well." tackle Jordan Tucker said. "So, as an o-line and as an offense, we've got as much faith in them as we did our backs before."

Longo is excited for the Heels' young backups to get some game-time shine.

"You're going to see more names and more faces have a role on Saturday, but in terms of what I'm calling and how I call it and when I call it, I don't know that any of that's going to change," he said.

Regardless of who's not playing, it's a massive stage for those who are -- both the players and the program itself. Tucker knows opportunities like the Orange Bowl don't come around very often.