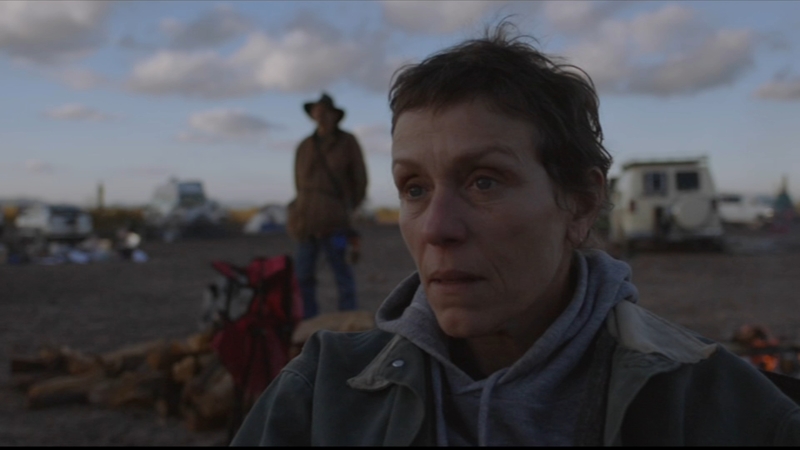 PHILADELPHIA -- Hollywood's biggest night is Sunday, and if you have a little informal Oscars pool going, you might want to pick up a book by a Montgomery County, Pennsylvania author, movie buff and math enthusiast.

Ben Zauzmer designed a method to predict the big winners. He calls it Oscarmetrics: The Math Behind The Biggest Night in Hollywood.

Yes, he watches all of the films. But make no mistake, this is all about the numbers.

For the past 10 years, the odds have been in Zauzmer's favor.

Zauzmer is now the Director of Baseball Analytics for the New York Mets.

"Starting freshman year of college, I got into this idea of predicting the Oscars with math," Zauzmer said.

So, how's his record?

"Whichever nominee the model identifies as having the highest percentage chance to win, won 77% of the time," he said.

Let's crunch the numbers for the actors.

"Anthony Hopkins did win the BAFTA," Zauzmer said. "But it is still looking like the Best Actor will go to Chadwick Boseman for his performance in 'Ma Rainey's Black Bottom.' Daniel Kaluuya has won absolutely everything for 'Judas and the Black Messiah,' so he is the strong front runner for Best Supporting Actor."

For the ladies, Best Supporting Actress seems like a lock.

"The BAFTAs and the SAGs both went in favor of Yuh-Jung Youn, the actress from 'Minari,'" Zauzmer said. "She is probably the favorite at this point."

But best actress is a mathematical conundrum.

"The numbers have this one really close," he says. "I would say that this is the only one where I wouldn't be surprised if four of the five nominees win."

"The math is leaning towards Carey Mulligan by 'that much,'" Zauzmer said.

Sometimes, Zauzmer said, he doesn't necessarily agree with the math.

"Personally, my favorite was "Promising Young Woman," which I just thought was a spectacular movie and social commentary," Zauzmer said. "But, it's looking more and more likely that the front runner is 'Nomadland.'"

His prediction for Best Picture: "Nomadland."

Mark your calendars: April 25 is Oscar Sunday. Live coverage begins Sunday morning and continues all day with special "On The Red Carpet" coverage leading up to the 93rd Academy Awards ceremony. After the last award is handed out, stay with "On The Red Carpet" for continuing coverage. Be sure to follow @OnTheRedCarpet on Facebook, Twitter, Instagram and TikTok for all your Oscar news and information.
Report a correction or typo
Related topics:
arts & entertainmentphiladelphiaoscarsacademy awardsentertainmentotrc
Copyright © 2021 WTVD-TV. All Rights Reserved.
TOP STORIES
CNN fires Chris Cuomo following suspension, investigation
Parents charged in school shooting arrested, plead not guilty
Homeowners burn down house in attempt to get rid of snakes
Pedestrian killed on US 401 identified as Rolesville HS student
Tensions between US, Russia escalate ahead of Biden-Putin call
Money found inside megachurch walls possibly tied to 2014 theft
Show More
COVID-19 metrics climb after Thanksgiving but still far below 2020
Contact tracing revs up as omicron cases detected in several US states
Disney On Ice returns to Raleigh, Fayetteville soon
How unusual to charge parents in school shooting? EXPLAINED
Study suggests past COVID infection may not fend off omicron
More TOP STORIES News