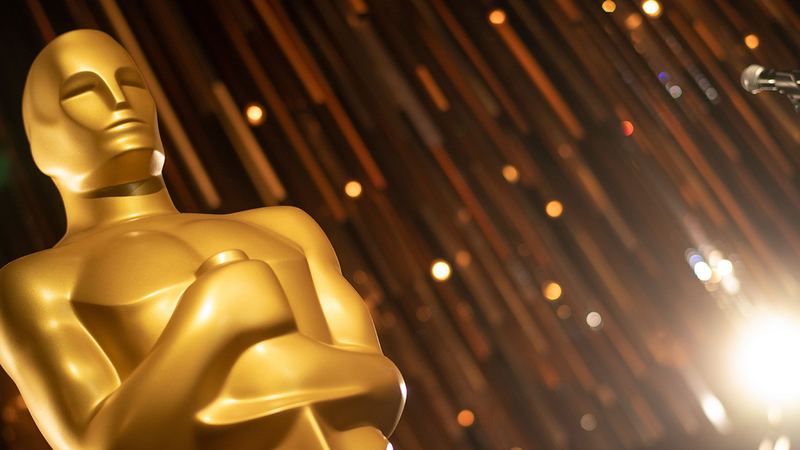 Sunday's Oscars show won't have a single host, but there will still be plenty of star power.

Riz Ahmed ("Sound of Metal") and Viola Davis ("Ma Rainey's Black Bottom"), who are both nominated for Academy Awards this year, will also serve as presenters.

They join a list that includes last year's winners in the acting categories, Renee Zellweger, Brad Pitt, Joaquin Phoenix, and Laura Dern -- keeping with tradition at this ceremony -- but the show itself will be very different.

"It is unprecedented," said Amanda Seyfried, nominated for Best Supporting Actress for her role in "Mank." "I think we're all just trying to show up and show everybody what's possible, and that we're back to celebrate for good."

She is headed to Los Angeles' historic Union Station, which will be the setting for a more intimate affair.
EMBED More News Videos

Sunday's Oscars show won't have a single host, but there will still be plenty of star power.

"I've shot at Union Station before, and it's just really cool," said Andra Day, nominated for Best Actress for her role in "The United States vs. Billie Holiday." "It's an amazing, very interesting venue."

"Live With Kelly and Ryan's After Oscar Show" is back to celebrate the world of film -- both past and present -- and to recap Hollywood's biggest night.

She is one of a record nine nominees of color in the acting categories, a diversity issue that was highlighted by the #OscarsSoWhite movement.

"Diversity in film, in everything, is not a trendy thing," said Jesse Collins, who is one of three producers for this year's Oscar telecast.

But the future, he says, is inevitable.

"Greater diversity "is where we're headed," Collins said. "Everyone sees that that is really better for all of us."

His colleague, Steven Soderbergh, has compared producing the show to "trying to build an airplane while you are flying it it."

But this year, amid the ongoing pandemic, look for fewer stars, a much shorter red carpet, and a broadcast that is totally re-imagined.

"We will only be there with the nominees, their guests, and the presenters," the third producer, Stacy Sher, said. "

And they're not even going to be all in the same room at the same time.

"The way we've approached it is, how do we take what might be viewed as a negative and turn it into a positive?" Sher said.

Sandy Kenyon takes an inside look at The Academy Museum of Motion Pictures.

The songs nominated for an Oscar as the year's best will be performed from a terrace on top of the new Academy Museum of Motion Pictures, and those performances will be re-taped and shown as part of the pre-show.

It's no wonder Oscar expert Steve Pond from The Wrap said he is fascinated by the unknown.

"I don't think there's been anything like the re-invention like we're going to see this year, and it actually intrigues me," he said. "I'm far more interested in the show itself than I think I've been in a very long time."

Pond, who is Awards Editor for the website, has spent more time backstage at the Oscars than any other reporter.

"This is the fourth Oscar show to be delayed," he said. "It's the first one to be delayed by a full two months."

Normally, 300 news outlets from around the world pack the Oscars red carpet. This time, just 30 will be outside Union Station. To Pond, that's "a sacrifice that seems entirely legitimate this year."

Given how tough times have been for all of us, less at the 93rd Oscars could actually mean more.