Pricey pecan pies this Thanksgiving due to Irma? 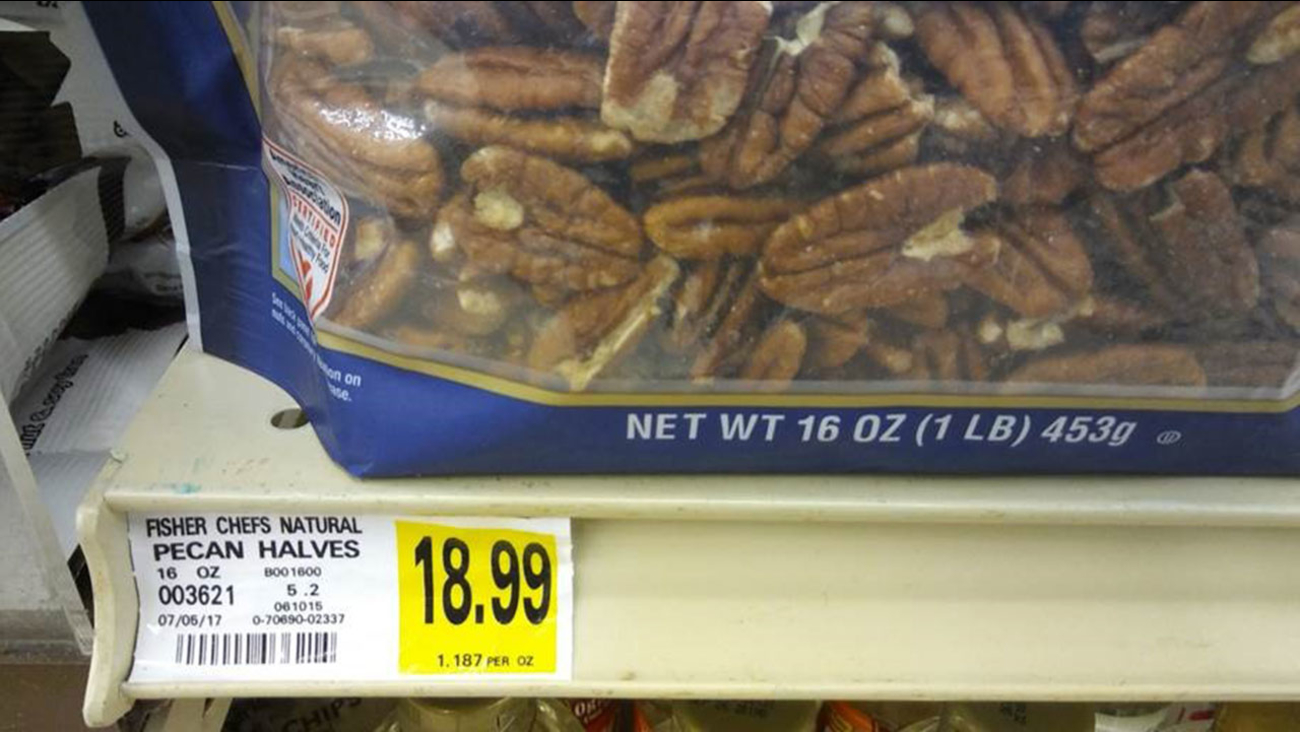 That pecan pie you had planned for Thanksgiving is going to cost you a lot more this year!

Roaring through Georgia, Hurricane Irma brought damage to virtually every pecan orchard in the state, significantly weakening what was slated to be a strong 2017 pecan crop.

The most significantly damaged orchards appear to be in the Valdosta area and near Ft. Valley, where individual growers reported thousands of trees on the ground.

Most growers throughout Georgia reported at least some trees blown down in their orchards in numbers ranging from tens to hundreds. Every orchard in the state reported that limbs were broken, and a significant percentage of nuts are no longer on the trees.

Georgia is the country's largest supplier of pecans, sending about 88 million pounds of the holiday nuts across the nation every year. That's enough to make 176 million Thanksgiving pecan pies, according to the University of Georgia.

Most of the nuts blown off the trees came from the upper canopy, leaving a pretty decent crop.

"All total, my preliminary estimate is that at least 30 percent of Georgia's pecan crop has been lost," Lenny Wells, an Associate Professor and Extension Horticulture Specialist for pecans at the University of Georgia said.

Pecan trees can produce for decades, and some in the state of Georgia are 100-years-old. Any new trees planted won't bear a crop for about 5 to 7 years.

National farm prices were already at the highest on record, averaging $2.59 a pound in August 2016. Because of a smaller supply due to Irma, it could mean even pricier pies for Thanksgiving.

Luckily for pecan pie lovers, frozen stockpiles of the nut this summer were higher than a year earlier. That could cushion the huge loss in Georgia.

Pecan production from Texas and New Mexico can also help to offset losses from Irma.

"All in all, the Georgia pecan industry has suffered a significant blow but it could have been much worse than it is given the severity of the storm," Wells said.
Report a correction or typo
Related topics:
food & drinkhurricane irmathanksgivingnational
Copyright © 2022 WTVD-TV. All Rights Reserved.
TOP STORIES
NC politicians react to Supreme Court overturning Roe v Wade
Monkeypox: What is it? Health experts answer common questions
NC residents, organizations divided on Roe v. Wade ruling impact
Where abortion rights stand in NC after Roe v Wade decision
With Roe dead, some fear rollback of LGBTQ+ and other rights
Brian Laundrie confession letter released: 'I ended her life'
Supreme Court overturns Roe in landmark case on abortion rights
Show More
False claims about abortion after Roe v. Wade case
Biden vows to 'do all in my power' to protect abortion access
Congress sends landmark gun violence compromise to Biden
How personal data could be used to enforce anti-abortion laws
How outlawing abortion could worsen maternal mortality crisis
More TOP STORIES News