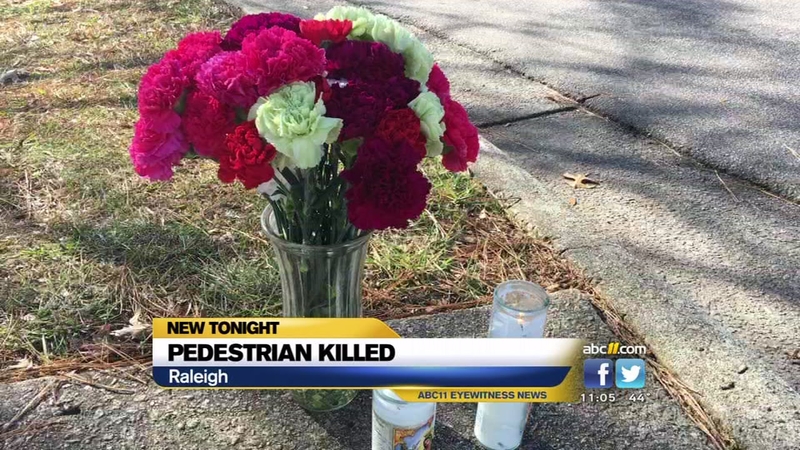 RALEIGH, North Carolina (WTVD) -- Authorities have identified a pedestrian who was hit and killed in north Raleigh on Tuesday.

It happened shortly before 5:50 p.m. on Bland Road just north of Ollie Street.

Apartment residents in the 1400 block of Steinbec Drive in Raleigh told an ABC11 crew Tuesday that they feared the victim may have been their downstairs neighbor. They said she goes for walks sometimes, and left earlier Tuesday but never returned.

Sadly for those neighbors, their fears were realized when police confirmed Ramos' death.

Police said that it appears Ramos may have darted across Bland Road in an effort to beat traffic and was struck by a 2012 Honda traveling north on Bland Road.

The driver of the Honda was not injured.

Police said the driver of the vehicle did stop after the incident.