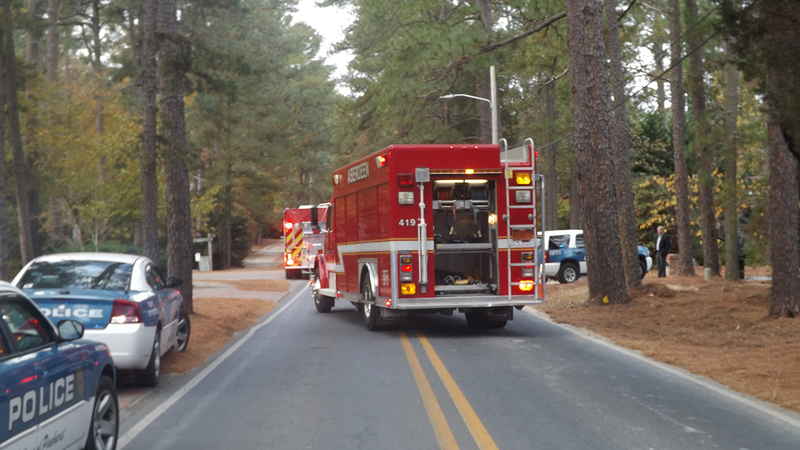 PINEHURST, NC (WTVD) -- A man involved in a fatal accident in Pinehurst earlier this year died after his car ran off the road Sunday morning and slammed into a tree, the Aberdeen Times reports.

James E. Clark Jr., 68, was driving on Linden Road around 9 a.m. when his Lincoln Continental ran off the road and struck a pine tree. Clark was pinned inside the vehicle and emergency crews had to cut the driver's door off to get him out.

Authorities said an ambulance took Clark to the soccer field behind the Pinehurst Fire Department to meet a helicopter that was called for the crash.

Clark went into cardiac arrest before he could be put in the helicopter. The Aberdeen Times reports Clark was taken to FirstHealth Moore Regional Hospital where he was pronounced dead.

Clark was involved in a fatal accident on March 18, 2016 that killed Frank Lahr of Salem Lane, Pinehurst. That crash also happened on Linden Road.