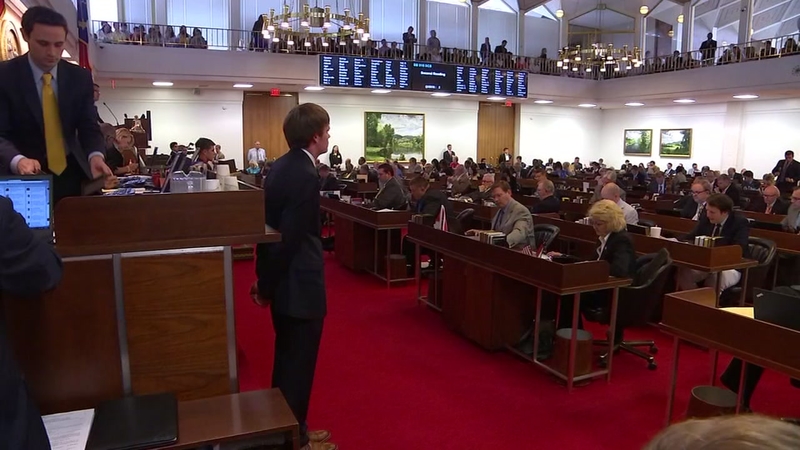 North Carolina House Bill 370 has a number of sponsors, but most importantly, it has the backing of House Speaker Tim Moore.

It was filed Thursday as a direct push back against the sheriffs in Wake, Durham, Orange, and other urban counties who are fulfilling campaign promises not to work with federal immigration officials.

"This is probably one of the worst things that we think could have happened," said Mary Jose Espinosa, a civic organizer for El Pueblo, Inc.

NC House Spkr Tim Moore on newly-filed HB 370, forcing local sheriffs to work with ICE:
“If the law-abiding citizens of North Carolina are subject to enforcement of state and federal law, then illegal immigrants detained for committing crimes should be too.” #abc11 pic.twitter.com/gSNVrRdHgm

HB370 is the legislation advocates, like her, for undocumented immigrants have feared. It would force county sheriffs to work with immigration and customs enforcement or face fines of up to $25,500 a day.

"We have been actively having conversations about worst-case scenarios with all the new sheriffs that have removed 287g from their counties and this was definitely one of those that we definitely did not want to happen," Espinosa said.

Just last Sunday, Wake County Sheriff Gerald Baker met with local immigrants in Raleigh who were scared and anxious about the recent ICE crackdowns across the state. Baker reinforced his promise to end Wake County's participation with ICE in the program known as 287g. It gives local law enforcement federal immigration powers, including arrests and detention.

Wake County Sheriff Gerald Baker comments on #HB370...
“The Wake County Sheriff’s Office is aware of House Bill 370 and will continue to monitor the bill as it continues to make its way through committee.” #abc11 pic.twitter.com/S7iTa03wlk

In a statement to ABC11 about the newly-filed bill, the WCSO wrote, "The Wake County Sheriff's Office is aware of House Bill 370 and will continue to monitor the bill as it continues to make its way through committee."

Durham County Sheriff Clarence Birkhead responded to HB370 in a statement and did not back down. "I will continue to stand by the directive I gave shortly after being sworn in... That absent of a court order or arrest warrant signed by a judicial official, any person who has had their criminal charges disposed of, or who has made bond will not be held beyond the normal timetable for release," he wrote.
The bill has the backing of the most powerful Republican in the State House.

Moore saying, "If the law-abiding citizens of North Carolina are subject to enforcement of state and federal law, then illegal immigrants detained for committing crimes should be too."

Espinosa insists the Republican-backed measure will only serve to amplify the already overheated fears of the state's immigrant community.

"There's people that have been terrorized for the past few weeks," she said. "And I think our state is very actively making the decision to continue to terrorize these communities."

The bill could set up a potential showdown with Democratic Governor Roy Cooper.