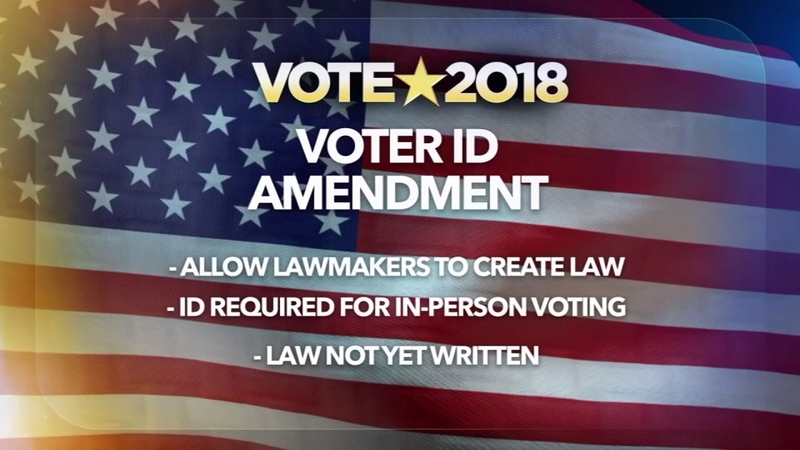 There's a good chance you've heard about the six constitutional amendments North Carolina voters will see on the ballot in November. Maybe you've seen ads for or against them. If you're unsure about what these amendments mean, you're not alone, and we want to help.

EVERYTHING YOU NEED TO KNOW: 2018 North Carolina voting guide

Let's take a look at the amendment about judicial vacancies. Here's how the question will appear on the ballot:

Constitutional amendment to change the process for filling judicial vacancies that occur between judicial elections from a process in which the Governor has sole appointment power to a process in which the people of the State nominate individuals to fill vacancies by way of a commission comprised of appointees made by the judicial, executive, and legislative branches charged with making recommendations to the legislature as to which nominees are deemed qualified; then the legislature will recommend at least two nominees to the Governor via legislative action not subject to gubernatorial veto; and the Governor will appoint judges from among these nominees.

So, what does that mean?

Right now, voters elect judges of the supreme, appeals and superior courts to eight-year terms. District judges serve four-year terms. If a judge retires, quits or dies, the governor appoints a new person to serve the remainder of the term until the next election. If this amendment passes it would take that authority away from the governor and allow the chief justice of the state supreme court to choose a new judge in some cases. In others, it would require the governor to choose a new judge from a list provided by state lawmakers in the general assembly.

Supporters of the amendment say it's meant to create a better system of checks and balances on executive authority. Those against it say it's an attempt to take power away from the governor and give it to the legislature.

One of the more controversial proposed amendments would make changes to the state elections board, the people who oversee elections.

Here's what you'll see on the ballot:

Constitutional amendment to establish an eight-member Bipartisan Board of Ethics and Elections Enforcement in the Constitution to administer ethics and elections law.

Let's break that down.

Right now, there are nine people on the board: four Republicans, four Democrats and one politically unaffiliated person. If this amendment passes it would eliminate the ninth nonpartisan member.

State politicians who have spoken out against this amendment say it gives too much power to legislators. Those who support the changes say the legislature would do a better job vetting candidates and appointees.

One of the amendments would change the way you vote by requiring a photo ID. The proposal reads:

Constitutional amendment to require voters to provide photo identification before voting in person.

This amendment would allow lawmakers to create a law requiring anyone trying to cast a ballot in person to first show a photo ID. The law has not been written so the amendment does not provide any details of how the changes would be carried out.

One of the proposed amendments has the potential to impact anyone with a job in the state. But, it wouldn't change anything right away.

Here's what you'll see on the ballot:

Constitutional amendment to reduce the income tax rate in North Carolina to a maximum allowable rate of seven percent.

This amendment would lower the limit on what the government could set as an income tax rate from a maximum of 10 percent to 7 percent. Right now, the state's income tax rate is 5.49 percent.

Supporters of this amendment say it would help prevent legislators from increasing the income tax rate too much if the need arises in the future. Opponents say the plan would shift the tax burden onto lower-income residents

One of the least controversial proposals involves providing more rights and protections to crime victims. The plan is part of a national push for states to enact a version of the law known as Marsy's Law. Here's what North Carolina voters will see on the ballot:

Constitutional amendment to strengthen protections for victims of crime; to establish certain absolute basic rights for victims; and to ensure the enforcement of these rights.

Supporters say the changes would give victims more dignity and respect. Opponents say requiring notification at several stages could slow down the legal process and increase costs.

One of the amendments offers protection for the rights North Carolinians have to hunt and fish. Voters will see this question on their ballots:

Constitutional amendment protecting the right of the people to hunt, fish, and harvest wildlife.