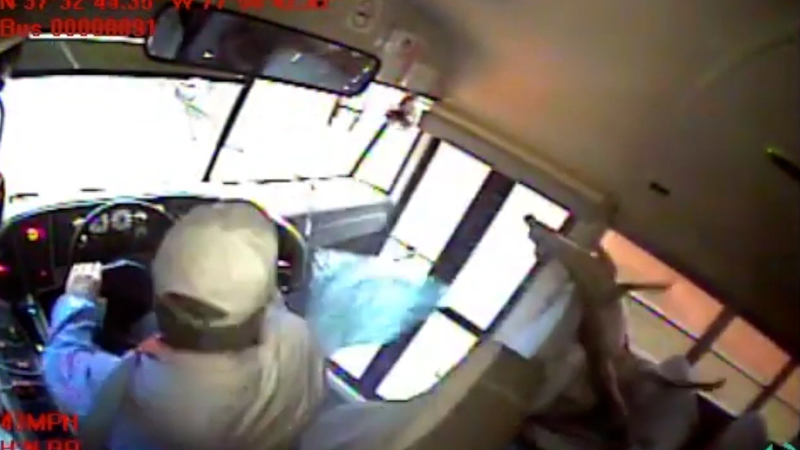 A deer crashed through the windshield of a school bus outside Richmond, Virginia, on Thursday morning, landing on a sleeping student before running off.

The frightening incident happened aboard a bus headed to Powhatan High School around 6 a.m. local time, according to a report from a local newspaper. It was all caught on a security camera inside the bus.

The school bus driver, who was not identified, said he had just dodged another deer when the second animal came crashing through the windshield, the Powhatan Today Newspaper reported.

"The bus hit it and it rolled up the hood of the bus and through the windshield. The deer jumped up at about the time the bus hit it," Brian Bartlett, the school system's interim director of transportation, told the newspaper.

After crashing through the windshield, the deer landed on a student sleeping in the first row of seats, the bus' surveillance video showed. The driver then stopped the bus and opened the front door, allowing the deer to scurry to safety.

"I was trying to sleep, y'all," the student who bore the brunt of the deer impact can be heard saying.