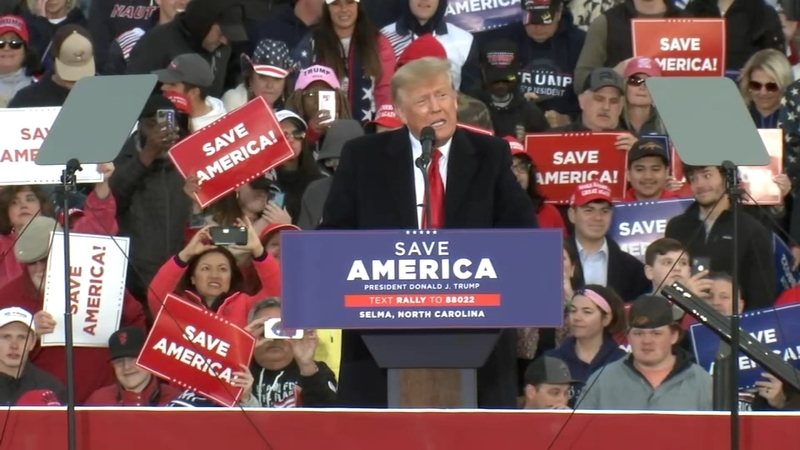 GREENSBORO, N.C. (WTVD) -- Republicans are getting a bump in battleground North Carolina as former President Donald Trump is holding an event in North Carolina this summer.

Trump will appear at a rally in Greensboro on July 15.

Tickets for the event went on sale Thursday.