No credible intelligence about plot against US 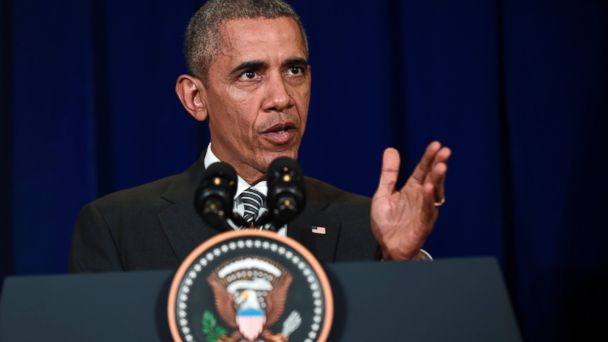 WASHINGTON -- President Barack Obama says there's currently no specific, credible intelligence that would indicate a potential terrorist plot in the U.S. during the holidays.

Pres. Obama: "We know of no specific and credible intelligence indicating a plot on the homeland." pic.twitter.com/3LDXV8EUqQ

Obama says his administration is taking "every possible step" to keep the country safe. He says that if there were to be a credible threat, the public will be informed.

The president says it's understandable that the public is worried that attacks like the ones in Paris this month could happen in the United States. But he's encouraging people to go about their normal activities around Thanksgiving.

Obama spoke from the White House on Wednesday shortly after meeting with his national security team.

Pres. Obama says the US has so far conducted 8,000 airstrikes on ISIS strongholds and equipment. pic.twitter.com/rtjWFS2QjC