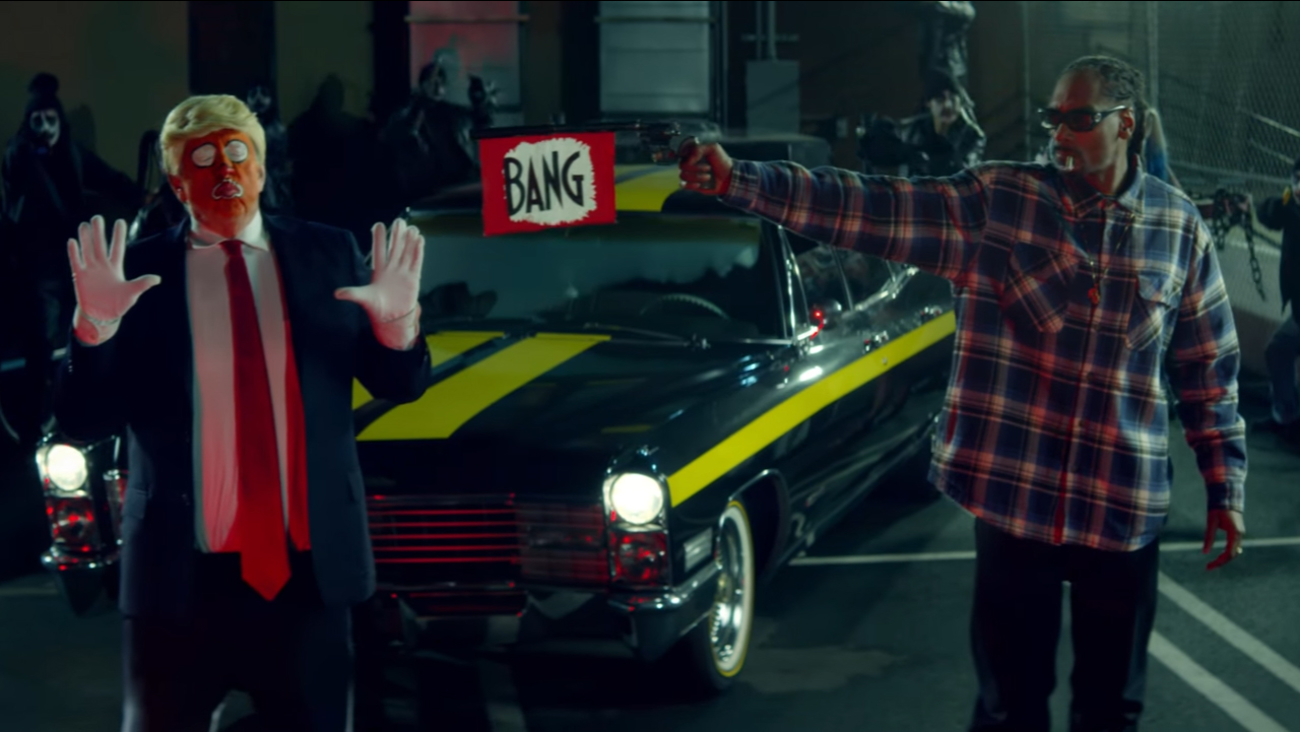 President Donald Trump took to Twitter Wednesday morning to criticize a music video by Snoop Dogg that shows the rapper pointing a toy gun at a clown dressed like the president.

Can you imagine what the outcry would be if @SnoopDogg, failing career and all, had aimed and fired the gun at President Obama? Jail time!

"Can you imagine what the outcry would be if @SnoopDogg, failing career and all, had aimed and fired the gun at President Obama? Jail time!" the president wrote.

In the video, posted to YouTube on March 12, Snoop Dogg shoots at Trump a gun that releases the word "bang."

The music video also shows a TV airing a news conference with the headline "Ronald Klump wants to deport all doggs," airing live from "The Clown House."

Most of the people in the video are dressed as clowns aside from Snoop Dogg.

Actor-comedian Michael Rapaport stars in the clip. He's pulled over and shot by a police officer, which is filmed by an onlooker.

The video is for a remixed version of the song "Lavender," by Canadian group BADBADNOTGOOD featuring Snoop Dogg and Kaytranada.

Rubio told TMZ that "Snoop shouldn't have done that." He says "we've had presidents assassinated before in this country, so anything like that is something people should really careful about." He adds that if the "wrong person sees that and gets the wrong idea, you could have a real problem."

Rubio lost to Trump in the Republican primary campaign.