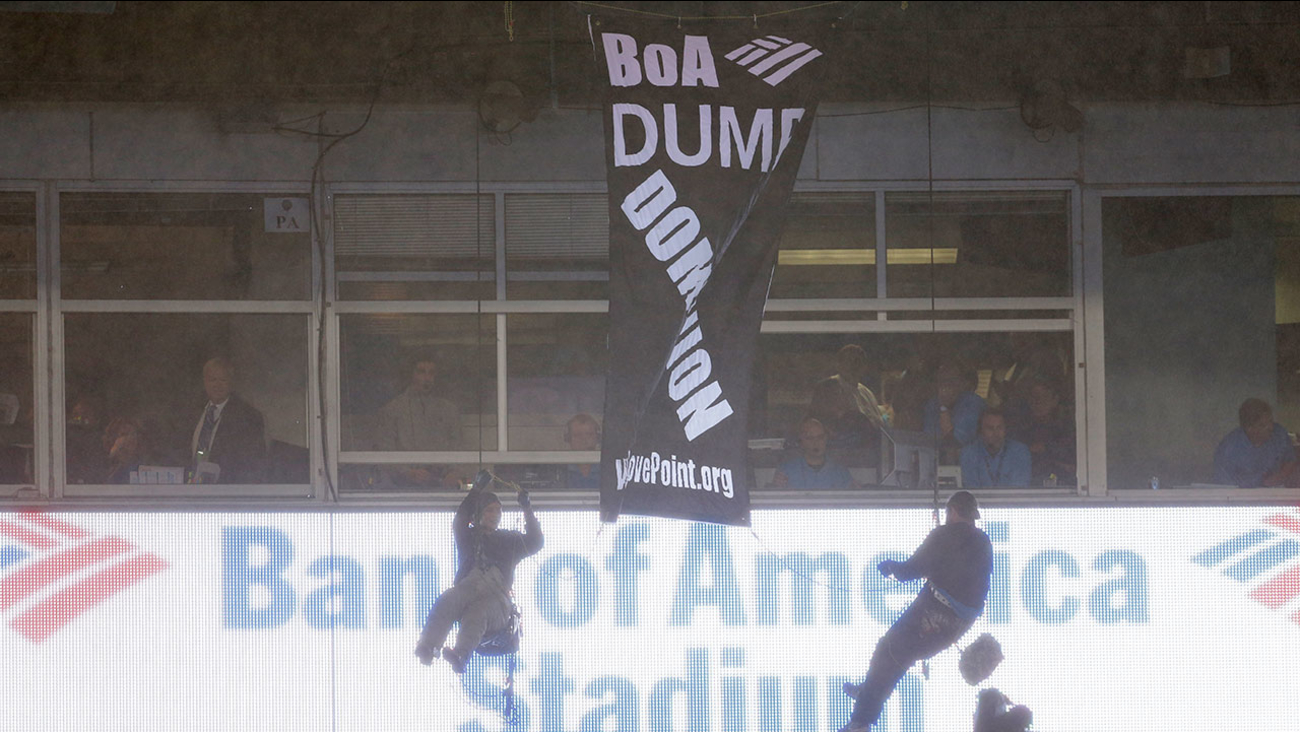 People hang from a banner at Bank of America stadium in the second half of football game between the Carolina Panthers and the Indianapolis Colts in Charlotte, NC. (AP Photo/Bob Leverone)

CHARLOTTE (WTVD) -- Two protesters rappelled down from the upper balcony to unfurl a banner protesting Bank of America during Monday night's game between the Indianapolis Colts and the Carolina Panthers.

Panthers spokesman Steven Drummond said in an email that authorities arrested four people in the incident.

The two protesters dangled over fans in the lower bowl and in front of press-box windows late in the third quarter, then displayed a banner telling the Charlotte-based financial institution to "dump Dominion."

The protesters dangled by ropes well into the fourth quarter.

Images courtesy of the Office of the Sheriff in Mecklenburg County

WSOC in Charlotte reports Erica Madrid, John Nicholson - who both rappelled down from the balcony - David Baghdadi and Angela Vogel were all charged with second-degree trespassing and resisting an officer.

Drummond says the team and the Charlotte-Mecklenburg Police Department are investigating the incident.