Quentin Tarantino gets star on Hollywood Walk of Fame 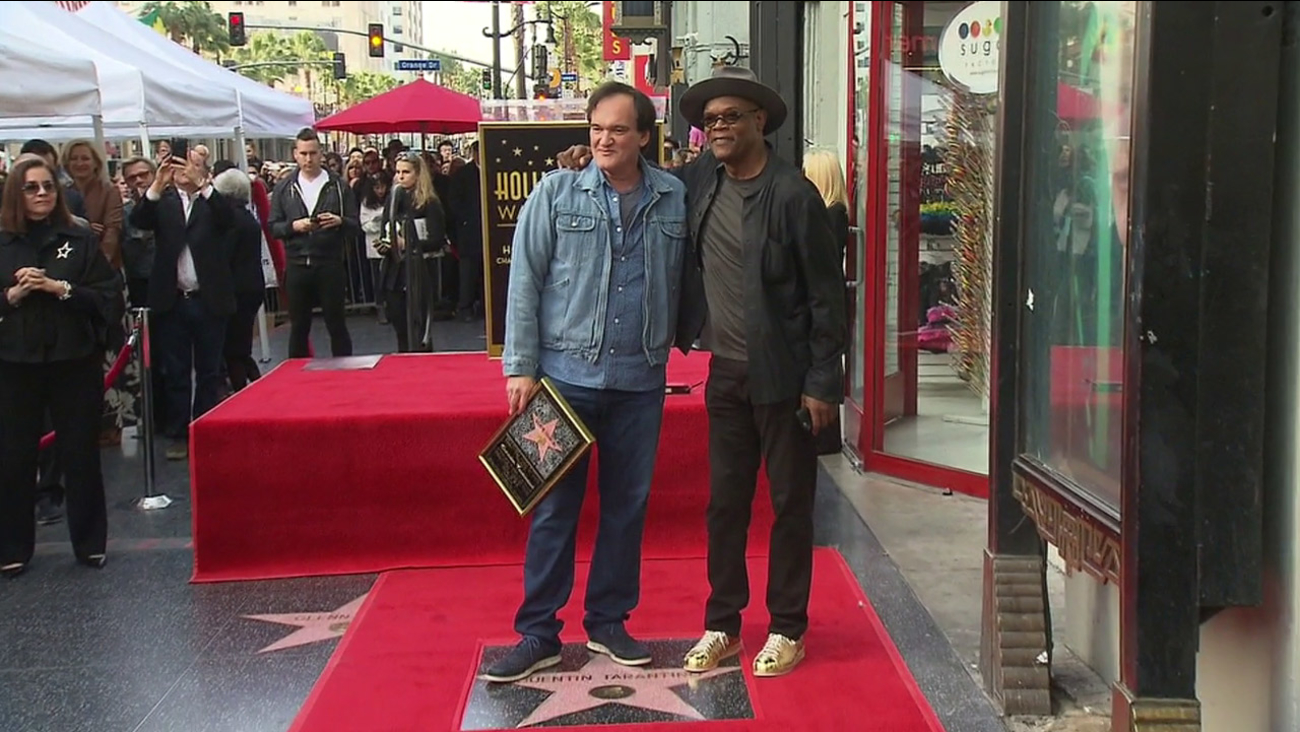 Director Quentin Tarantino stands near his new Hollywood star and poses for a photo with friend and actor Samuel L. Jackson on Monday, Dec. 21, 2015. (KABC)

He was joined by Samuel L. Jackson, who has starred in multiple Tarantino movies.

Tarantino has been making movies since 1992 when he created his first screenplay "Reservoir Dogs." He went on to win his first Oscar for writing "Pulp Fiction" in 1995.

He returned to the Oscars stage in 2013 and won another screenwriting award for "Django Unchained." His latest film "The Hateful Eight" will be in theaters Friday.

The filmmaker recalled growing up in Los Angeles County's South Bay area and even remembers many of his first movie experiences being at the Chinese Theater.