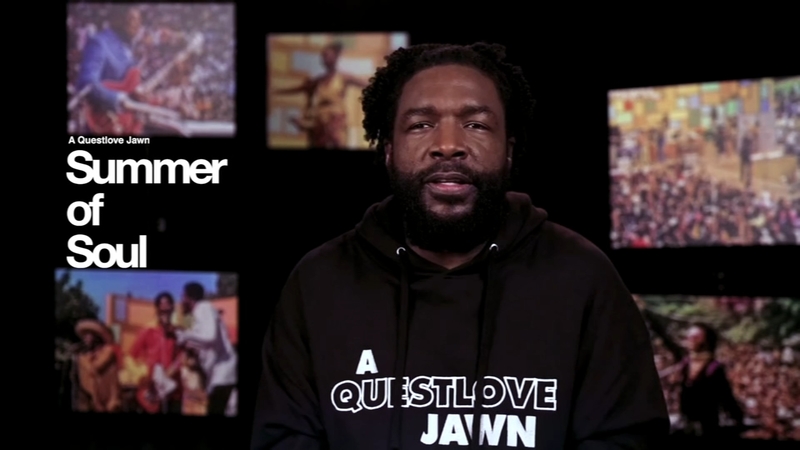 While Woodstock grabbed all of the headlines in upstate New York, the Harlem Cultural Festival was happening in New York City.

Never-before-seen footage from that six-week event is now seeing the light of day in a brand new documentary debuting Friday in theaters and on Hulu.

"Summer of Soul" is the passion project of a well-known West Philadelphia musician.

If you've never heard of the Harlem Cultural Festival, don't worry, neither had he.

A few snippets of it made it onto one local newscast overnight 52 years ago.

Enter Questlove, bringing to light unseen performances of some of the biggest stars. He also says it's being released at what he calls the perfect time.

"First of all, to be told that this happened, and I thought that I was a music expert, I just felt dumbfounded," Questlove says. "I'm like, 'There's no way that Sly and the Family Stone and Nina Simone and Stevie Wonder, and like 30 other acts of their day, were at this festival. It was documented and just sat there for 50 years collecting dust."

So, the West Philly native helped dust off 47 reels, a tedious process that resulted in glorious footage for his directorial debut. He also became a historian in the process.

"I felt that it was my responsibility to correct history and to really make it right for the future Questloves as they're growing up in West Philadelphia," he says.

This festival, he says, came as a call for peace, a time for kind of healing after a moment of pain. It was a rose budding from concrete.

"As we were editing the film, the irony was not lost on us that the very conditions that were happening in '68, '69, '70 were the exact mirror of what we're going through now," Questlove says. "This is lightning in a bottle. And lightning in a bottle is what you can't plan."

He also credits his Philadelphia upbringing for giving him this global opportunity.