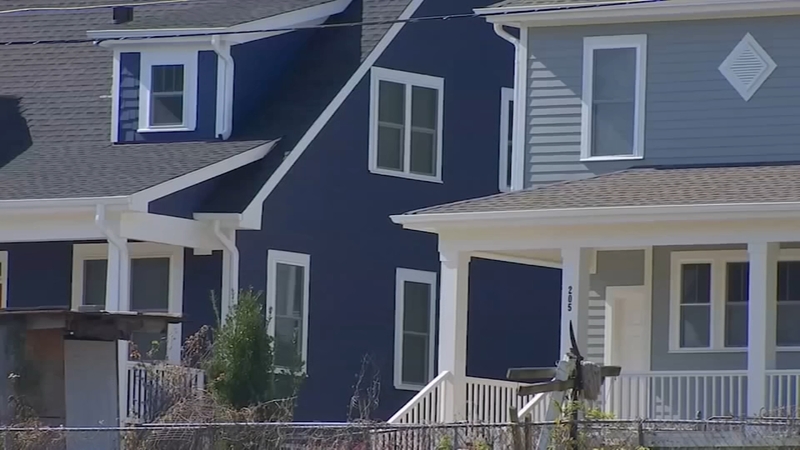 RALEIGH, N.C. (WTVD) -- It was an overwhelming victory for Raleigh's affordable housing bond -- 72 percent of voters filled in the "YES" bubble on their ballots to approve the $80 million measure. In the past, housing bonds have passed with something like 60 percent of the vote.

Now, the work begins on how to spend this money, while the residents who fought against the bond tooth-and-nail are pledging to fight even harder.

"We were really happy with that level of community support," said City of Raleigh Director of Neighborhoods Larry Jarvis who took questions for the first time since voters approved the bond aimed at easing the city's housing crisis where dozens of new residents are migrating to the city every day and once-affordable properties are being gentrified into upscale homes pricing more and more low-income residents out of their own neighborhoods.

"The bond doesn't magically solve the problem," Jarvis said. "But it's one of the many solutions we need to bring everything to the table to solve this."

A big part of the plan is focused along Raleigh's new bus rapid-transit line: $16 million allotted to buy land for affordable housing along the line; $28 million for public-private partnerships with nonprofits who help people experiencing homelessness; and $24 million for gap financing. Money for nonprofits or private developers to help cover the cost of building affordable homes.

"We want this to be equitable development associated with the new transit investments," Jarvis said.

After the overwhelming passage of Raleigh’s $80 million affordable housing bond, the city charts a course to spend the money and low-income housing advocates, who criticized the bond as a windfall for developers, are pledging to hold the city accountable. #abc11 🏡 #HousingCrisis pic.twitter.com/S2zNZh1C3s

Wanda Gilbert-Coker helped lead the fight against the bond that she blasted as a windfall for developers.

"What we see are the rich people getting richer and there are more people in hotels and in the streets every day," Gilbert-Coker said.

The self-described advocate for housing justice partnered to demand 100 percent of the $80 million bond go toward helping city residents on the brink of homelessness and living in hotels or facing housing uncertainty because of COVID-19.

With the bond passed, Gilbert-Coker is turning her focus to holding the city accountable.

"Honestly, this is the beginning of the work on shaping and paying close attention on how that money is spent," she said.