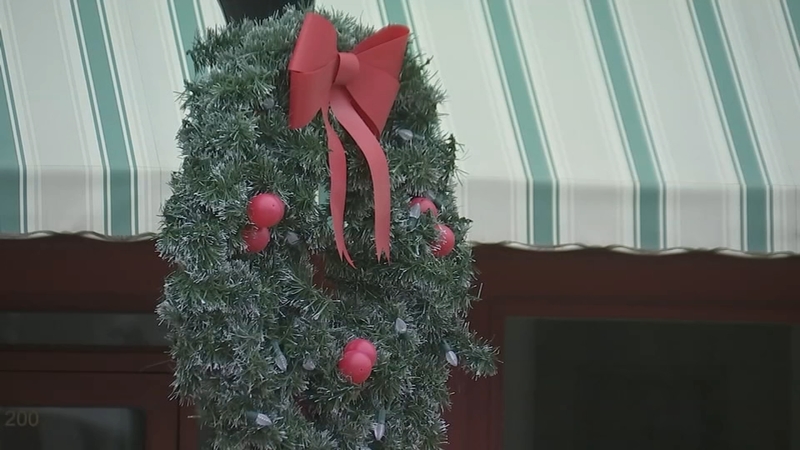 RALEIGH, N.C. (WTVD) -- Christmas tree lighting ceremonies are continuing as planned Friday in the towns of Wake Forest and Garner, despite the cancellation of their Christmas parades due to safety concerns surrounding the Sons of Confederate Veterans.

One of the groups planning to participate in Saturday's Christmas parade in Garner is hosting its own event in place of the cancellation.

Garner Sports League, formerly known as Garner Little League, will have a "Christmas at the Ballpark" event at South Garner Park, 1210 Poole Drive, from 2 p.m. to 4 p.m. on Saturday, the same time the parade was supposed to happen.

Mike Caudill, VP of Baseball, said they are "making lemonade out of lemons." He said the children were looking forward to being in the parade and they are inviting other groups that were slated to perform.

Store owners in Garner and Wake Forest said the cancellation will mean less business for them.

The owner of this shop in Garner tells me the cancellation of the Christmas parade will impact his business. More at 4p #ABC11. pic.twitter.com/mrODO7IFMH

"On that day, they're down here anyway, so they do visit some of the shops around here and everything," said Thomas Creech, owner of Garner Coins & Collectibles on W. Main Street in Garner.

Darlene Stroud, the owner of Sweeties Candy Shop on E. Wait Avenue in Wake Forest, said business increases by 80 percent the day of the Christmas Parade.

"While they're sitting, they'll send someone in to get something or get candy or just come in and visit and shop and look around and things like that," Stroud said.

She said she will have extra inventory because she purchased more products expecting to sell them that day. The cancellation also impacts others in the community.

"I am so sad because so many of the kids that come in have shared their sadness of not being able to be in it," Stroud said. "They've been practicing routines for months."

"I understand the reason why they felt like they had to cancel it but it's just disappointing not be able to go to the parade and be part of the community event that we have every year," said Ilene Mlot, who added that she's Jewish but still enjoys going to the Christmas parade.