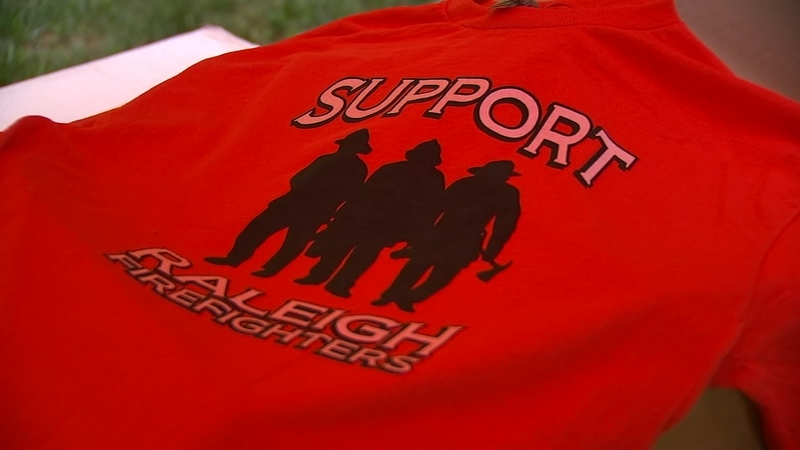 It came in the middle of a public hearing for the proposed 2022-23 budget, which calls for three to five percent raises for RFD.

Firefighters say it's not enough though, and they need pay to go up otherwise they feel like they're going to lose more people to municipalities nearby that are paying better.

Those firefighters had rallied at Nash Square prior to the meeting and a truck that said: "Support Raleigh Firefighters" circled the block, too.

"I've invested 14 years of my life and I plan to invest the next 16 years of my life into it," said Capt. Ian Griffin. "It just means so much to us. We're fighting so hard to be paid the same as these smaller cities right outside of where are."

Ian said his 16-year-old son just started a job at Sheetz and is making more than the recruit he's training.

Raleigh Professional Firefighter's Association is calling for an additional $7.5 million to fund its pay plan.

According to people at the rally, the department is down 64 positions. There is a class in the academy but it won't be on the streets until January. In that time, they said they believe they'll be losing more folks to retirement or other departments that are paying better.

Councilman David Cox said he wants to take the $170 million in the budget allocated for a new city hall and put it toward increasing first responder pay.