RALEIGH (WTVD) -- The North Carolina State Highway Patrol on Friday confirmed an internal investigation into a "serious allegation" that may have compromised "the integrity of the promotional process."

Internal communications obtained by ABC11 and authenticated by the Highway Patrol also shows the department has since suspended all promotions that were scheduled for this summer.

"The integrity of the promotional process is of utmost importance to the Highway Patrol," Col. Glenn M. McNeill, Jr. wrote in an email dated June 26. "I take this allegation seriously." 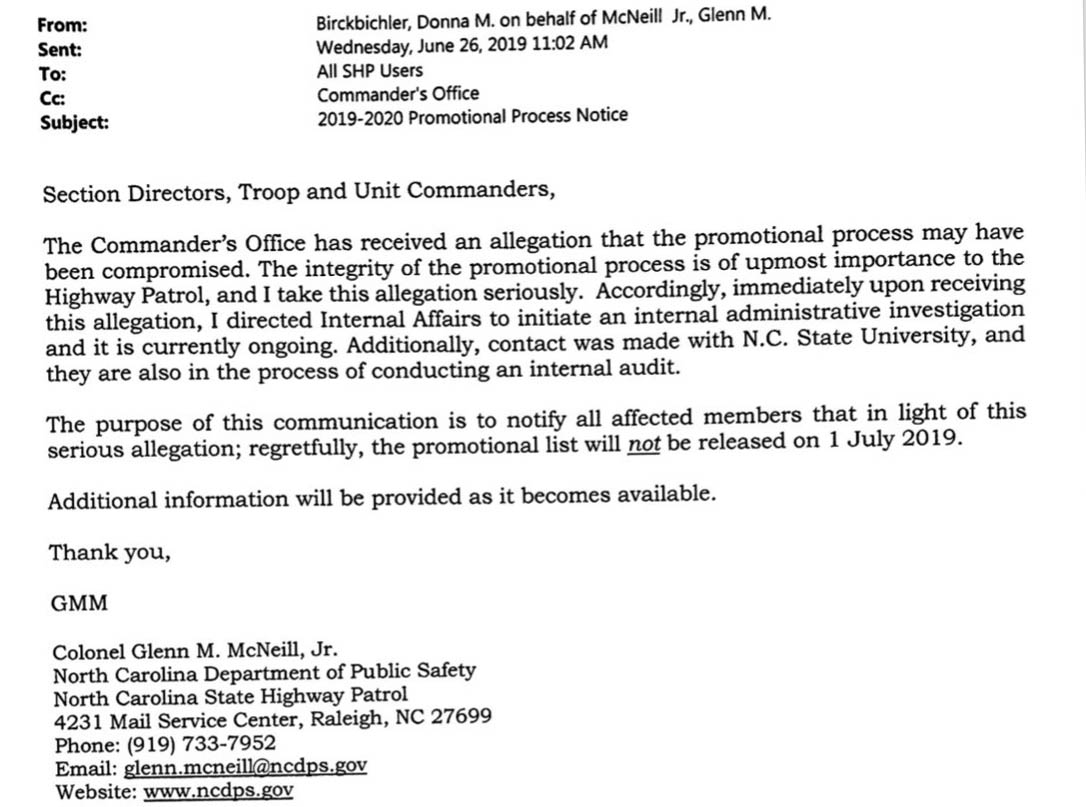