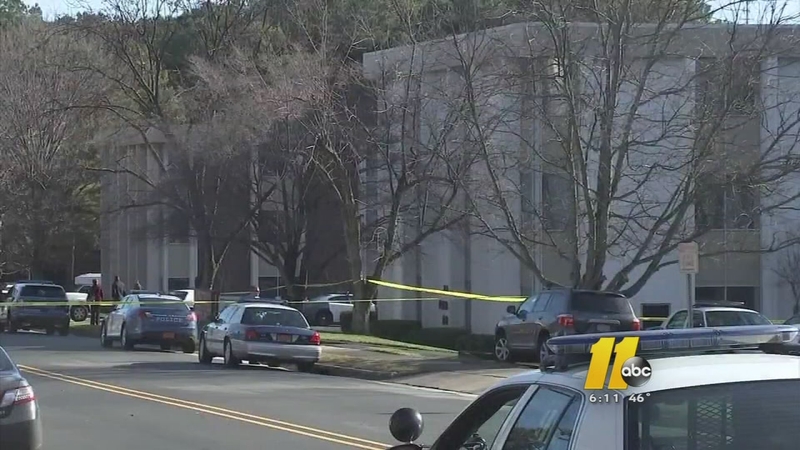 RALEIGH (WTVD) -- A family is searching for answers into why a Raleigh police officer shot their mentally-challenged son.

Sunday night, Marcel Leroy Jordan, 33, was hooked up to a breathing machine at WakeMed. His parents spend their days sitting at his hospital bedside.

Jordan's parents told ABC11 he just came through surgery number two, but most likely has many more to go.

While they prepare for that, they just want to know what exactly happened in order for their son to be shot by police.

On Wednesday, Raleigh police surrounded an office complex in the 3800 block of Raleigh's Barrett Drive - off Six Forks Road near Interstate 440.

A 911 call from Family Preservation Services of North Carolina - which provides counseling and mental health services - reported a patient attacking a staff member and in possession of scissors.

When police arrived, an officer shot Jordan in the torso.

"I'm just wondering how do scissors get involved because these are mentally-challenged patients that are there," said Jordan's mother, Gabrielle Brown.

She said Jordan has schizophrenia and has been going to the facility for six months - since they moved from South Carolina.

Before that, he was in a facility for seven years, and never had any trouble.

The family said when he does become upset; he backs away versus becoming aggressive.

"When he gets upset, he closes the door. My understanding is that when they came, my son had barricaded himself and locked himself in the bathroom," Brown said.

What exactly forced the officer to shoot this mother and father don't know, but they are praying to find out when their son wakes up.

The Raleigh Police Department identified the officer who shot Jordan as S.C. Nziuki. She has been a member of the RPD since May 2012.

The SBI is investigating the incident, which is standard in officer-involved shootings.