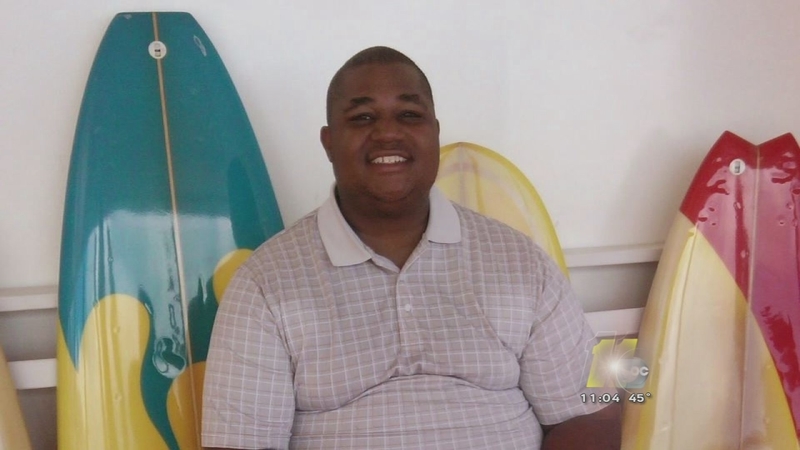 RALEIGH (WTVD) -- Raleigh police have released a step-by-step look at what led up to a police-involved shooting inside a Raleigh office building that ended with a mentally-ill patient shot in the chest.

The department's "Five Day Report" explained why the officer had to turn to deadly force to end the situation.

911 Caller: "We need somebody in this Suite 200 right now. There is a patient attacking one of our staff members."

That was the call that had police racing to "Family Preservation Services of North Carolina" on Barrett Drive on Dec. 17.

911 Operator: "Does anybody have any weapons?"

He apparently got upset with an employee at the mental health treatment facility, where he'd been receiving treatment for the last six months, after getting questioned about his behavior.

That's when Jordan, who his parents call a "big teddy bear," reportedly started damaging the office, assaulting the worker, and screaming, "You don't (expletive) with me! This is what you get for (expletive) with me! I'm gonna kill a cop today! I don't mind if I die today! I'm ready to die!"

"My understanding is that when they came, my son had barricaded himself and locked himself in the bathroom," said Gabrielle Brown, Marcel Jordan's mother, over the weekend.

However, the report revealed Jordan was standing in a hallway when officers arrived and yelled "I'll kill you" before edging closer to them, and refusing commands to drop the scissors and get on the ground.

Nziuki is now on administrative leave while the SBI investigates.

Jordan's family lawyer released a statement Tuesday night which said in part the police's report only raises more questions about what really happened on Dec. 17.

Jordan is in serious condition at WakeMed.

The statement said Jordan is unconscious, unable to communicate, and breathing through a ventilator while his family prays for his recovery.